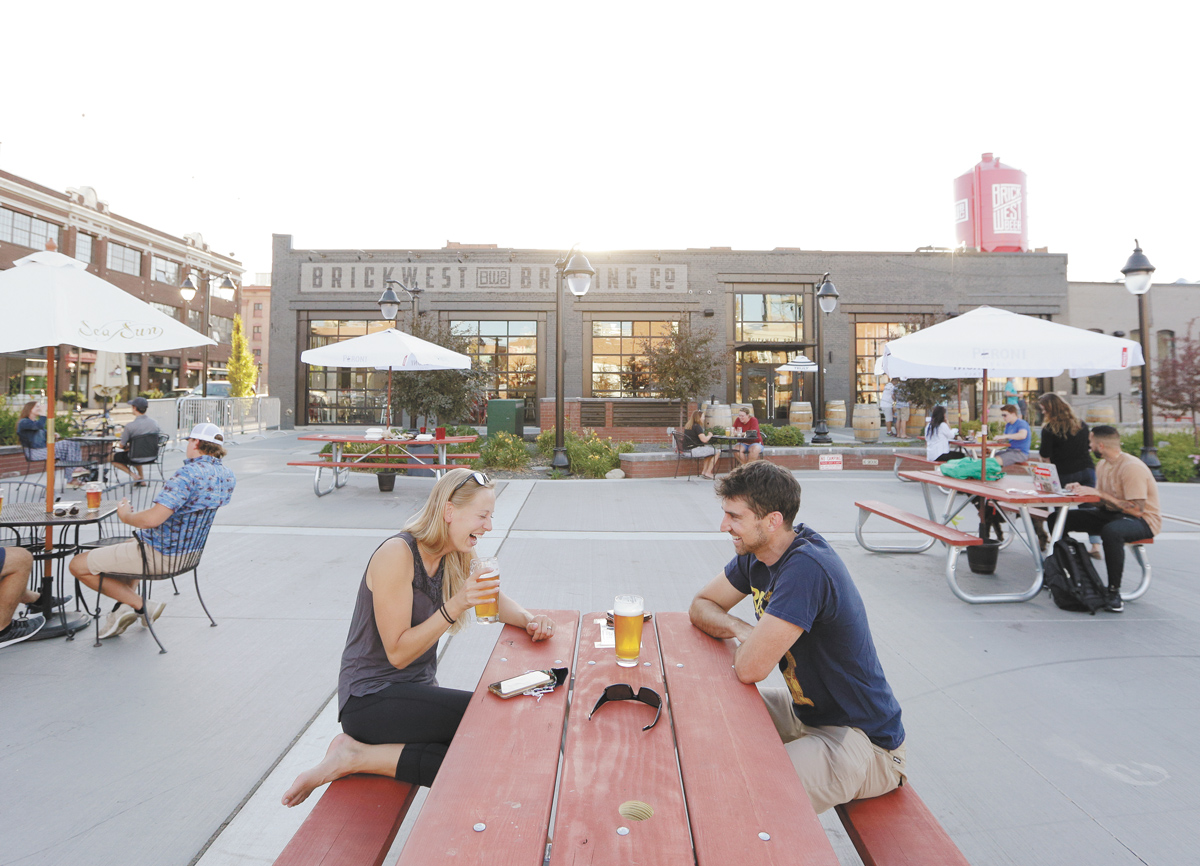 Patio spaces have always offered a sought-after dining experience. When the sun is out and the temperature is right, eating outdoors can enhance our enjoyment of an already excellent meal — especially when we’re in the company of close friends and family.

These days, when social distancing is the norm, patios have become more than a luxury. They’ve provided restaurants, taprooms and tasting rooms with a way to offset their reduced indoor seating capacity while still maintaining a safe and relaxing environment for their customers.

After opening its doors at the start of this year, Brick West Brewing was looking forward to making use of its own large courtyard this summer. The brewery building is located next to an area known as Brick West Commons, which offers ample outdoor space for cozy two-seat arrangements as well as long picnic tables. That perk turned into a big advantage when COVID-19 hit.

“As soon as it was available and the weather permitted, people were definitely flocking out there,” says Brian Carpenter, Brick West’s general manager. “The whole plaza, plus our immediate patio gives the ability to have people sit far apart from each other. With the big space we’re able to use there, it’s definitely allowed for a safer experience.” 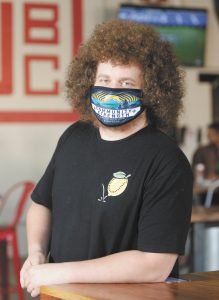 The outdoor seating has paired well with the brewery’s expanded food menu, which has recently seen the addition of fresh wraps and a wider range of tacos to supplement the existing selection of grilled sausages. Carpenter has also been busy sourcing color-matching umbrellas to make the patio a bit shadier for customers who are enjoying Brick West’s seasonal lemon-lime lager or the upcoming Oktoberfest release.

For businesses that don’t already have access to nearby courtyard areas and plazas, the Downtown Spokane Partnership has been working with the city of Spokane to take advantage of adjacent spaces and expedite patio permits, says Liz Hooker, director of marketing and programming for the DSP.

“Having something like patio seating is a great tool in your business toolkit no matter what’s happening in the larger world, but right now it’s especially important due to some of the safety measures that have been put into place to slow the spread of COVID-19,” says Hooker.

The DSP has long been an advocate of patio spaces in downtown Spokane because of the boost they bring to shopping, walkability and the visual appeal of the urban core. Now that they’ve become more vital to doing business, there’s a newfound appreciation of their value to eateries, breweries and wineries. Their staff is ready to be a resource for downtown restaurants looking to expand to a patio.

“We were really grateful that not only the [mayoral] administration but also the City Council saw the importance of removing some of the steps in that process in order to make patios more achievable for small businesses,” Hooker says. “Everyone kind of had the same idea at the same time and did whatever was needed in order to make it happen as quickly as possible. So we’re starting to see more patios pop up around downtown.”

As an example, she points to the recently refurbished block on Main Avenue between Washington and Stevens streets.

“Tasting rooms have opened up, and there’s Austin’s Live Fire BBQ and the Locust Cider Company. In previous years, we’d talked about adding patios to that area, and this has sped up that process. Now there’s a whole row of people eating outside, enjoying the sunshine and feeling connected even though we have to remain socially distant.” υ

Brick West Brewing is located at 1318 W. First Ave. and open every day from 11 am until close. Its craft beers are available in canned six-packs in stores and direct from the brewery. Visit brickwestbrewingco.com or call 279-2982 for more info. You can reach the Downtown Spokane Partnership at 456-0580 or at downtownspokane.org.