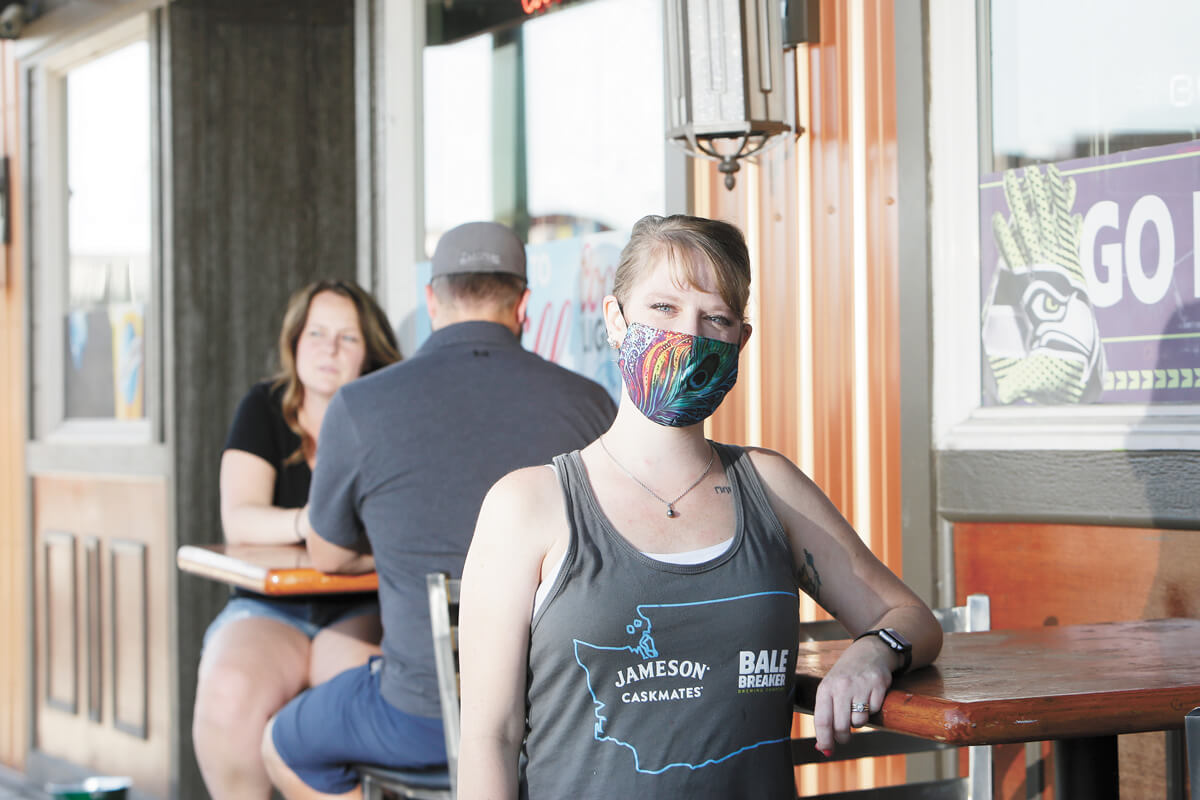 There are few things better than eating a great meal while soaking in the heat, enjoying the city and breathing in the fresh air out on a restaurant’s patio. Often, however, restaurants don’t have space for outdoor seating, or they were prohibited from adding it.

That has started to change due to the novel coronavirus. Restaurants and bars are adding or expanding outdoor seating options as customers demand more fresh air and the city of Spokane relaxes rules on patios. It’s been crucial in helping some restaurants survive despite limited capacity due to COVID-19.

Chase Van Cotthem, co-owner and manager of SHAWN O’DONNELL’S AMERICAN GRILL AND IRISH PUB, says they applied for a permit to expand into the sidewalk on Broadway, since the city of Spokane temporarily allowed restaurants to apply for permits to expand into public areas like sidewalks.

“We had a few people saying, ‘Oh, I wish you had a patio,’” Van Cotthem says. “It’s part of what played into us trying to find the funds to buy a table and fence and chairs.”

By early September, he says they finally gathered up enough money to set up outside seating. He adds that “the process with the city is extremely easy.” Around a dozen other restaurants have applied for the permit.

PERRY STREET BREWING has wanted to add a sidewalk patio before, but didn’t qualify until restrictions were eased because of the pandemic, says owner Ben Lukes. This summer, they’ve added seven more tables outside. The brewery and restaurant immediately started seeing the payoff.

“It’s been a huge, huge boon to the business and totally saved what we’re doing,” he says.

HI NEIGHBOR TAVERN, on North Monroe, never had a patio before this year, but applied for a permit to add a couple tables and four chairs on the sidewalk. Manager Courtney Jones says she’s noticed a difference: Not only do people like to be outdoors during the pandemic, but they stay there longer and enjoy the scenery.

“It gives us a little bit of an outdoor look from the street. It catches people’s eye. And people like to sit outside because it’s nice instead of sitting in a dark bar,” Jones says.

As the weather starts to get colder, it will get harder to keep the patios attractive to customers. Lukes says they have invested “heavily” in patio heaters, hoping that can bring in business well into the fall.

But he hopes the expanded patio access will last past the pandemic.

“We’re hoping to work on that and figure it out in the future,” Lukes says. “The whole neighborhood has rallied around it and loves it.”

Luna
Surround yourself with greenery and flowers on the South Hill while enjoying a delicious meal.

Saranac Public House
Enjoy the sights and sounds of one of Spokane’s most popular downtown strips on Main Ave.

The Park Inn
Now with outdoor seating, head to the PI for some of the best pizza in town and a tall glass of beer.

Park Lodge
A stunning view of the Spokane River, above the Centennial Trail.