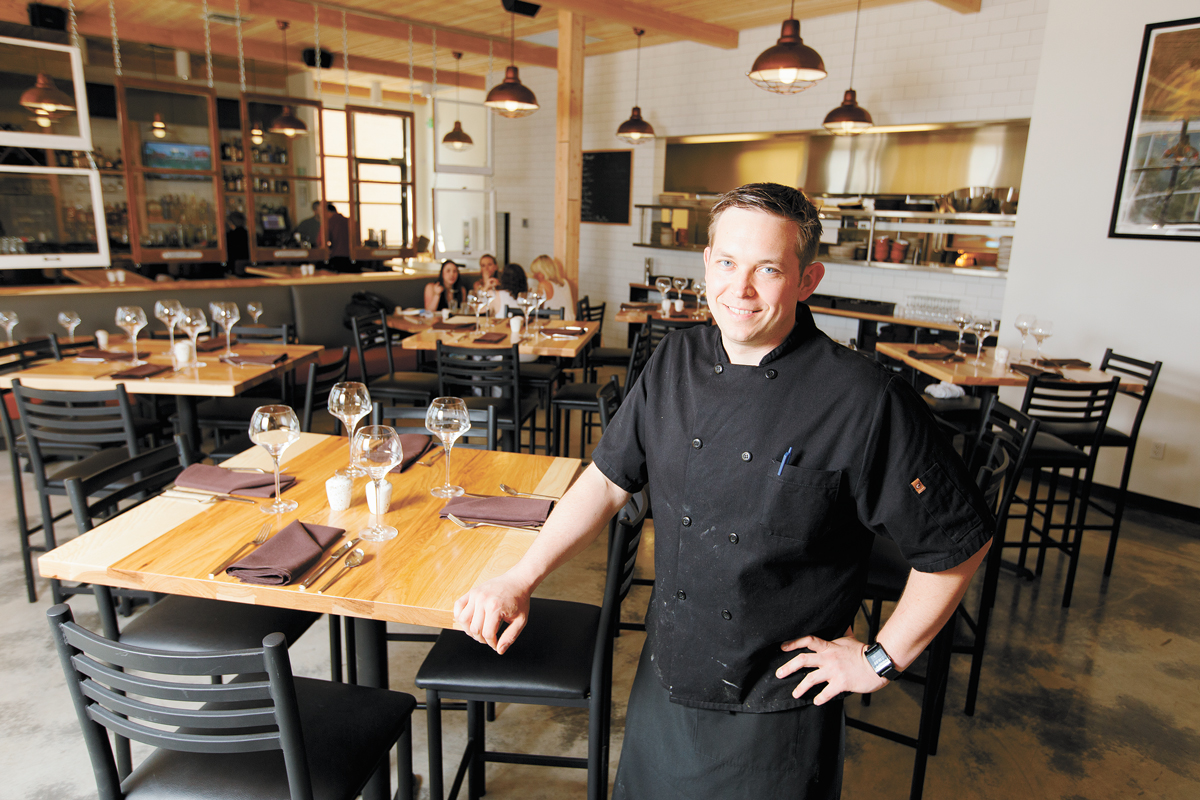 Let someone else do the hard stuff

As the pandemic grinds on, you may have already abandoned your dreams of spending your time in isolation learning how to cook. Don’t give up so easily. These local businesses will deliver meal kits that hand you everything you need for cooking — or at least reheating — delicious gourmet meals.

COOKING CLASSES IN YOUR OWN KITCHEN

When Vincent Peak first launched SHARE.FARM along with ambitious local chef Adam Hegsted of the WANDERING TABLE and the GILDED UNICORN, the concept was simple: Deliver quality local ingredients like fruits, vegetables and meat directly to people’s doors.

But pretty soon, Peak says, they realized there was maybe a missing ingredient: “Cooking that food and making it taste good.”

So this month, they’re relaunching. Instead of merely getting some quality ingredients, you get the ingredients and a video recipe from a local chef like Hegsted.

“You’ll see Adam cooking a really simple recipe that comes from one of his restaurants,” Peak says. “Like the mac and cheese from the Gilded Unicorn.”

Think of it like Blue Apron, except they’re recipes you know and love, paired with instructions from some of the talented local chefs.

“I was at the Wandering Table with Adam, and we were having the Cauliflower Buffalo Bites,” Peak says. “I’m like, ‘I want to know how to make it.’ Adam showed me how.”

And soon, Peak says, they’ll add video recipes by other local chefs, like ZONA BLANCA’s chef Chad White. You can either buy meal kits one at a time, he says, or subscribe to get meals delivered regularly.

SHE SLICES, SHE DICES

Every cook knows that it’s not the cooking that’s the laborious part. It’s the prep. All that slicing and mincing and dicing and pouring and mixing. The part where you throw the ingredients in the skillet and listen to the hiss of the meat searing or smell the garlic crackling — that’s the fun part.

Martha Domitrovich’s THE SUPPER CLUB (the period is intentional) meal kits take away all unfun parts of cooking. Everything comes pre-packaged, pre-sliced and pre-diced. Sometimes all you have to do is throw the premade lasagna in the oven.

Other times, it’s slightly more involved, teaching the more inexperienced home chef a little bit about cooking: The fajita kits come with all the vegetables and meats ready for the pan, but you still need to grill the veggies and the meat.

The variety is key. Domitrovich says one of her customers wanted “three dinners a week that she didn’t have to be stressed about” and two dinners where she’d learn some new cooking skills.

For $120, you end up getting five dinners that feed four to five people and 20 breakfast portions.

“My menu is not expensive. It’s designed for families,” Domitrovich says, “So I try to keep it as affordable as possible.”

Domitrovich is a particular fan of the egg bites “you can be creative and put whatever you want in them” and the chili.

“My business model is perfect,” Domitrovich says. In the midst of a pandemic, she doesn’t have to do table service or worry about welcoming her customers into her space.

“Everybody’s got their kids at home and they’re trying to figure out school,” she says. In times like these, a delivery of frozen peppers and onions can be a godsend.

Earlier this year,  the YWCA wanted to put on their annual fundraiser banquet. But how do you pull off a banquet in a pandemic era when crowds are forbidden, especially if you want to promise them food worth the price of admission?

It turns out, you hire BEACON HILL CATERING. Instead of gathering in a banquet hall, each ticket holder live-streamed the event at home, after getting a Beacon at Home meal kit.

Everything was precooked: All they had to do was heat up the chicken skewers briefly in the microwave, warm up the polenta on the stove and drizzle the tomato jam (included) when it was done. The salad and the dessert took no work at all.

“There’s virtually no dishes compared to trying to cook a meal of that caliber,” says Ellie Aaro, co-owner of Beacon Catering. Since the beginning of March, Beacon has been selling their meal kits directly to the consumers.

Each kit costs $45 — with free delivery within 10 miles of Beacon Hill’s location — and feeds up to four people.

“This week we did one of our crowd favorites: Red coconut curry and a gorgeous spinach salad, mandarin oranges and a citrus vinaigrette,” Aaro says.