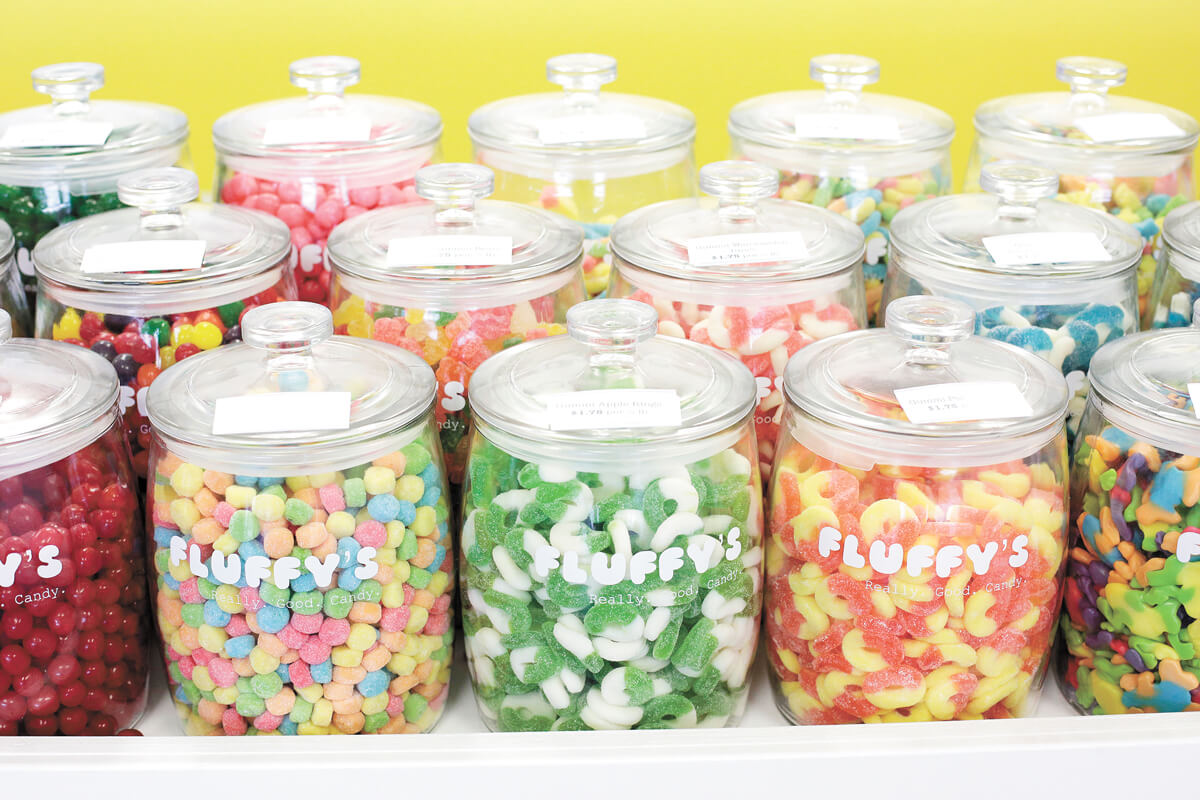 The pandemic hasn’t prevented several new food spots from debuting, and even thriving

Fluffy’s Candy in North Spokane opened for the first time on March 16, the morning after Washington Gov. Jay Inslee ordered all restaurants and bars to close their dining rooms to prevent the spread of COVID-19.

Owners Taylor and Rachel Gano had already been aiming for that date; it was the promise they’d made to many curious onlookers who stopped by the storefront on a busy corner of the Newport Highway while renovations were underway.

Just a few weeks after it opened, Easter gave the candy shop a big boost. Fluffy’s stocks imported specialty and bulk candy, as well as a house line of caramels, bonbons and marshmallows. To better adapt to the restrictive business climate they found themselves in, the couple quickly launched an online store (fluffyscandy.com) for easy preorders, also offering shipping.

“We’re going to keep on,” Taylor Gano says. “We have no business history and we don’t know how we’re being affected; it could be that we’re having great sales, or it could be terrible. We’re not the type of people to give up and stop.”

Gano emphasizes that Fluffy’s was developed, pre-pandemic, with high standards for food safety and hygiene. All bulk candy is packaged by employees wearing gloves in lieu of self-serve bins.

Since the pandemic, “A lot of people are more self-conscious of germs and how their food is handled,” Gano says. “This was already our plan; no one touches the unwrapped candy.”

While social-distancing restrictions continue, Fluffy’s is open daily from 2-6 pm for pickup and walk-in shopping. The couple remain optimistic that Fluffy’s will weather the current situation since they built their business plan without factoring in any profits until two years in.

“We are providing a service for people to try and maintain a sense of normalcy,” Gano says.

In Spokane Valley, the mouthwatering aroma of smoked beef brisket began wafting from an unlikely location — a historic train parked along busy Sprague Avenue — in late March, signaling the arrival of SMOKERIDGE BBQ.

During its first few weeks of operations, owners John and Julie Sherwood sold out of food every day, and received encouraging calls from residents just to say they’re happy to see the business open amid current economic uncertainty.

“We of course got the closing order while we were in the middle of doing the remodel and making repairs to the entire train,” John Sherwood says. “So we decided we would stop spending money and time that way and go ahead and open for takeout.”

The initial community response was so unexpectedly positive for SmokeRidge that the Sherwoods even hired several part-time employees to work alongside themselves and their two daughters. The restaurant is operating a 450-pound-capacity smoker to fill orders for takeout and dine-in orders; the latter option has been offered since mid-summer when the Sherwoods were able to unveil the remodeled train cars’ dining room.

The parked train’s 1914 Pullman passenger car has been transformed into an art deco-inspired space with a cozy cocktail bar, while the caboose serves as the restaurant’s kitchen. Happy hour in SmokeRidge’s Track 58 Martini Car is offered from 3-6 pm, Tuesday through Saturday.

“Some of us didn’t have much of a choice, [the pandemic] threw us into a very unique situation,” Sherwood reflects. “It’s kind of scary and has been an up-and-down experience, but fortunately we’ve had such a great outpouring of support from the community.”

Before the coronavirus upended the restaurant industry, Jennifer Davis had aimed to open THE SCOOP’s new second location in Kendall Yards by mid-March, just in time to get settled in for ice cream’s peak summer season.

“For us, being so close to opening and then everything being shut down was a blessing, but also scary because how do you move forward?” Davis says. “Do you abandon this other space, and where is the business?”

After much reflection, she decided to open the new store in the former Brain Freeze location at the end of April. At the time, the Scoop could only sell pints of ice cream ($10 each) to-go at both of its locations, which actually resulted in a sales increase compared to the same time last year. By the time hot summer weather rolled around, the Scoop was able to open both locations for walk-up service.

Masks are required to enter both stores, and markers have been laid out on the floor so customers can stay 6 feet apart from one another. At the South Hill location, the counter has been pushed up to the front door so that it’s closer to an outdoor walk-up window.

While she’s deeply thankful for the community’s support during such an uncertain period, Davis says it’s a bittersweet success because so many of her friends in the industry are still struggling.

“I’m so thankful and so grateful I’m able to pay my rent and keep most of my employees and expand,” she says. “But when so many people aren’t sure if they are going to ever be able to open again, or make it through the next week, it’s really hard.”