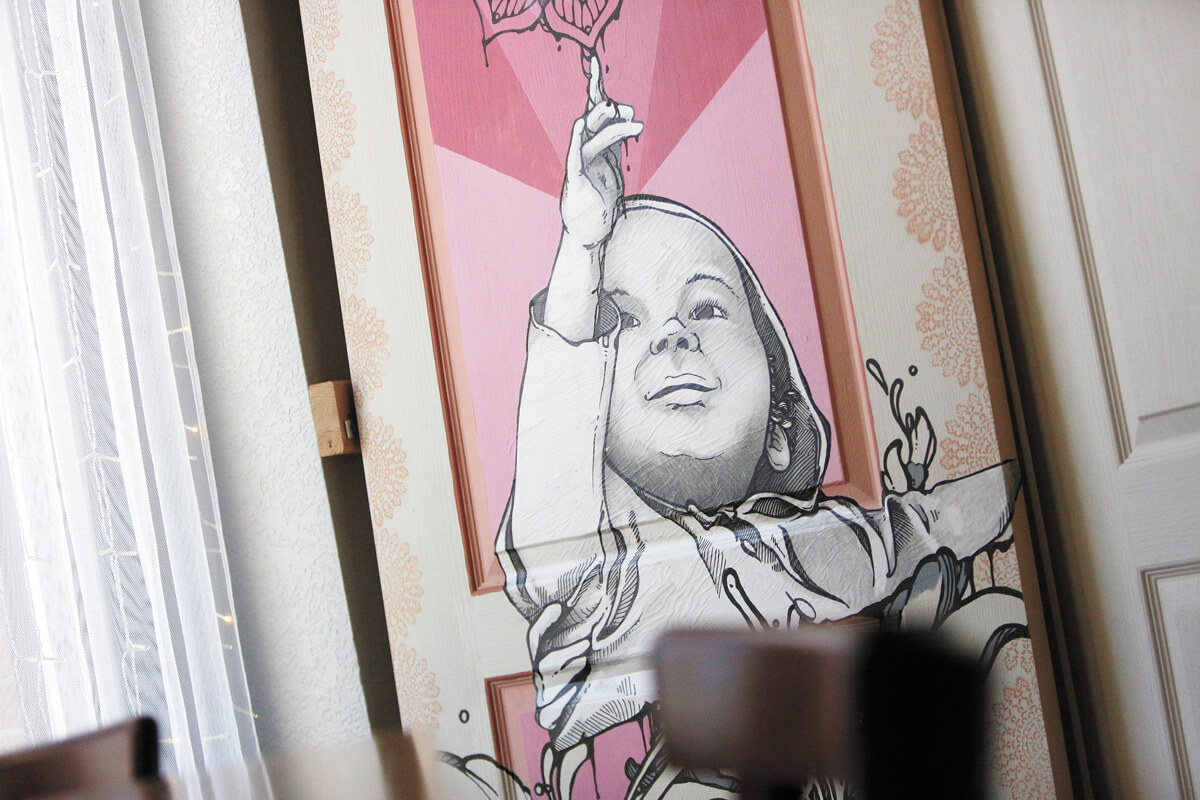 There’s something to be said about good old American ingenuity, because even as restaurants and bars started closing down in March, several Spokane eateries used the downtime to their advantage: They’ve taken care of renovations, changed up the look of their establishments and done some general spring cleaning, all under the strangest possible circumstances.

The popular Browne’s Addition venue LUCKY YOU LOUNGE hasn’t been able to host live music in recent months, but the closure allowed the owners to renovate their outdoor patio, installing dividers between benches so that you can safely enjoy a socially distanced hangout. The beloved downtown mainstay BABY BAR and its attached NEATO BURRITO haven’t had any walk-in customers since March, but the owners have done some deep cleaning and put a fresh coat of paint on the distinctive black-and-white, Twin Peaks-inspired design on the bar’s floor.

But one of the biggest projects happening in the downtown core is at THE WAVE ISLAND SPORTS GRILL AND SUSHI BAR, which temporarily closed its longtime storefront on First and Howard a couple months back for significant renovations. The restaurant moved into the kitchen at nearby JIMMY’Z GASTROPUB AND RED ROOM LOUNGE, where it’s essentially functioning as a pop-up shop under a catering license and selling to-go sushi.

The owners are currently in the process of updating everything about the old space — adding more seating, knocking down a couple walls, updating the HVAC and sprinkler systems, and replacing floors, tables and chairs. The upper part of the building is also under renovation, with empty office spaces eventually being filled with new apartments and condos. 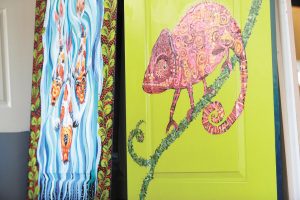 “We’re going to be that go-to restaurant for people living downtown,” says Wave manager Jon Kielbon. “We’re not changing the idea of the restaurant, we’re just updating it. It’ll still be that classic ‘aloha’ vibe that we’ve done for years.”

Kielbon says they hope to have renovations completed and the restaurant open again with limited capacity seating within two to four months. Although the improvements are happening mid-pandemic, Kielbon says it had been in the works for 2020 long before COVID-19 was being spoken about.

It’s obviously a strange time to work in the food industry, especially when you’re changing up a reliable business model.

“It’s tough, and every other restaurant is feeling it, too,” Kielbon says. “We struggled at first, but we’ve got a really good staff and a really good team that have put the hours in. We’re up and running and doing very well at the moment.

“We really do appreciate everyone in Spokane coming out and supporting local businesses.”

Of course, social distancing is now our new norm, but WILEY’S DOWNTOWN BISTRO has brought an artistic flair to it.

When trying to figure out how he was going to physically separate the tables in his Washington Street restaurant, owner Michael Wiley contemplated installing plywood dividers or those accordion doors you might see in a department store changing room. But then his father floated the idea of putting up antique wooden doors on hinges, and a lightbulb went off. 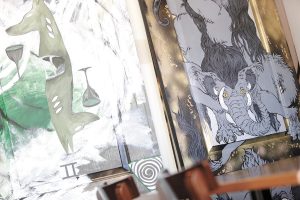 So Wiley bought 20 old, white doors at the local HABITAT FOR HUMANITY STORE and erected half of them between tables. Rather than painting them solid colors, Wiley took to Facebook and put out a call for local artists who would want to treat some of his doors as blank canvases. He says he received an outpouring of responses, and the restaurant, which now seats about 30 people, has been reinvigorated with style.

The artists who have designed Wiley’s doors were mostly given free rein, except they had to adhere to the prompt of “creating positivity through change.” Wiley says that “Hearts Wide Open” has been something of a personal slogan for him and his business, and he sees this project as not only an extension of that idea but an antidote to the precarious climate we’re living in.

“That’s part of who we are at Wiley’s,” he says. “There have been a lot of lessons in my life, where the choices are to close off and become guarded or to open up. COVID has been a prime example of that. There have been so many opportunities to embody negativity and to become negative about a situation that is incredibly stressful. There’s also an opportunity to not only maintain positivity, but grow it.”

Once COVID runs its course, the doors will be auctioned off via Facebook and the proceeds raised from each door will go to a charity of the artist’s choice.