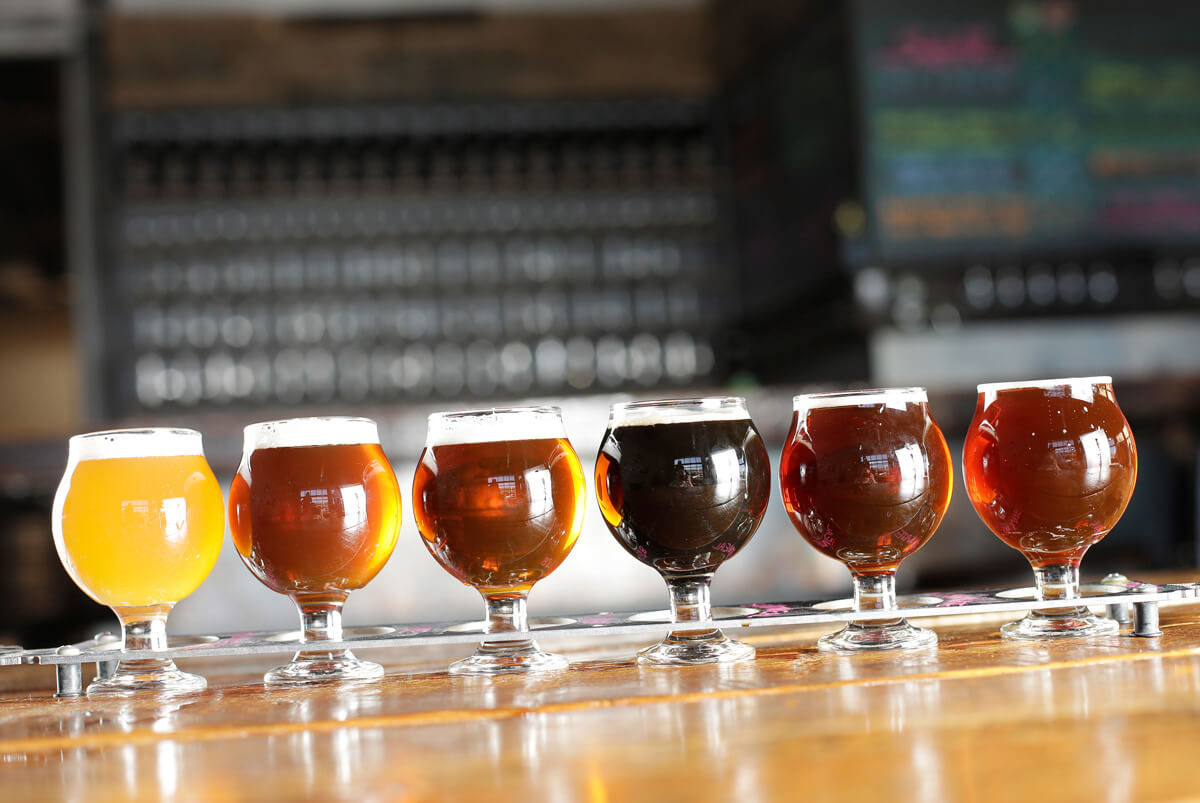 As part of a family with strong German roots, it was customary for Greg Brandt to celebrate Oktoberfest every autumn. Now in his fifth year as head brewer and owner of Iron Goat Brewing Co., Brandt continues that annual tradition by offering limited-run German-style beers and suitably paired cuisine when October rolls around.

“Our Oktoberfest beer is called ‘Goatoberfest.’ We have another German beer called ‘Give ‘em Helles,’ which is a Helles-style beer. So it’s very bright, crisp and light to balance against the heartier Goatoberfest,” he says. “We also do a food-type celebration. We’re going to have brats, rouladen and schnitzel sandwiches as well as some sides of rotkohl, spätzle and German potato salad.”

What’s special about all of Iron Goat’s beers, Goatoberfest included, is that they use a natural carbonation process called spunding, which, as you might expect, stems from traditional German brewing methods. That means they don’t force carbon dioxide into the beer to give it its fizz. Instead, they cap off the container and let the beer carbonate through fermentation.

“That typically gives it a creamier head and tighter bubbles. It’s more of a golden color, and it’s bready and kind of has that toasted malt flavor. We use Hallertau Mittelfrüh as the main hop, which gives it a nice, crisp punch at the end. It has a little hint of honey even though there’s no honey in it.”

For all that remains the same at Iron Goat, their Oktoberfest festivities will look a little different in 2020. In keeping with COVID-19 mandates, the brewery’s indoor dining is spaced for social distancing. Each table is equipped with a QR code menu for touchless ordering. This year the full food and drink lineup will be available for takeout too. 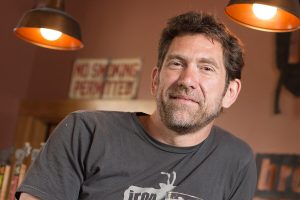 “That’s one of the adaptations that we’ve had to make going into COVID,” says Brandt. He adds that outdoor patio dining in the building’s alley will continue “as long as the weather holds out.”

Once temperatures drop, Iron Goat also plans to reinstate door-to-door delivery, a service that it had experimented with early on and then paused during the summer months.

“We found that people were pretty excited to have beer delivered to their homes,” he laughs. “And we have an amazing chef who puts out some really great stuff. We just got a lot of positive feedback on that. So we’re thinking that it actually might be pretty good for us to continue that in the future.”

Of course, Iron Goat isn’t the only Spokane-area brewery that’s getting into the Oktoberfest spirit while still adhering to COVID-19 guidelines. Perry Street, Snow Eater, Whistle Punk, Brick West and many others are all releasing their own seasonal beers. If they also have dining facilities, they typically also have some sort of food component to match the theme. (Check with your favorite brewery to see what’s special on tap this month; stay connected to the Inland NW Craft Brewers at facebook.com/inwaletrail.)

“Brewing schedules can get kind of crazy with the whole pandemic going and everything else. You just end up filling holes where you can,” Brandt says. “But I’m sure everybody’s going to be doing something.”