Back to Business Story, VOL 5: Shopping 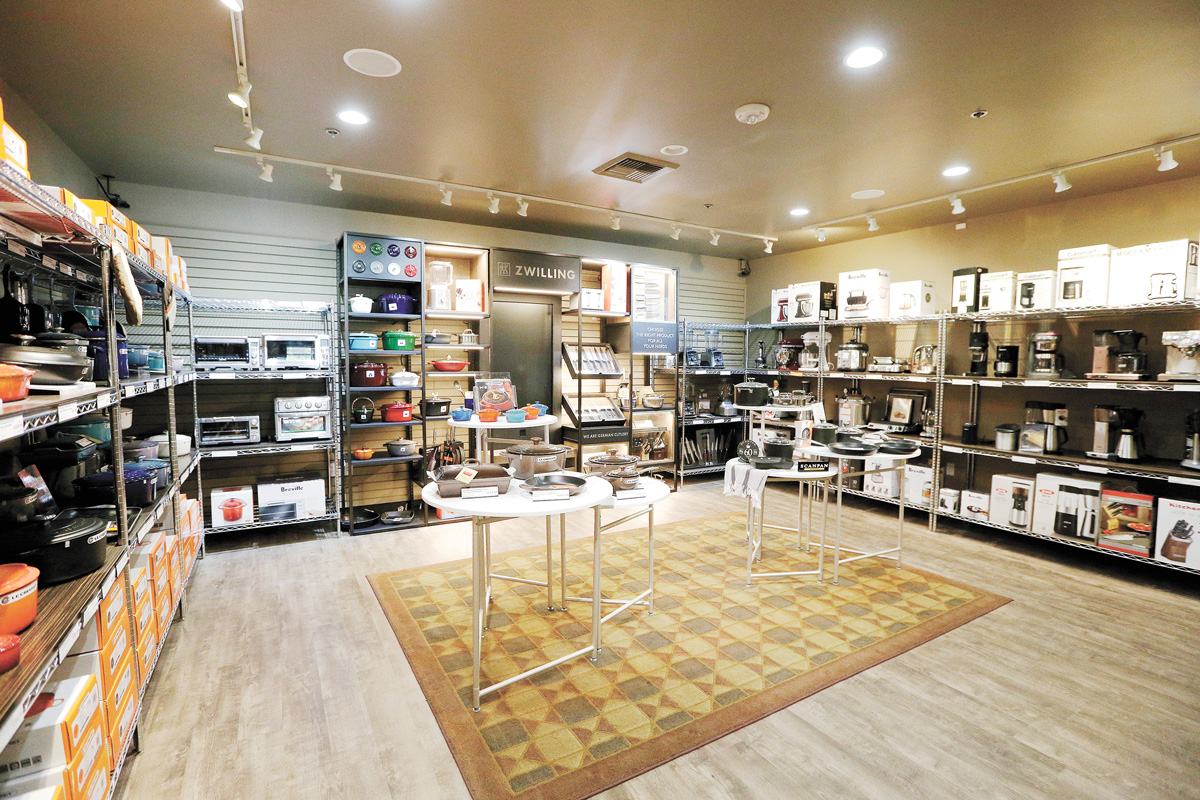 Some businesses live or die based on Christmas shopping. That’s true any year. But this year — which isn’t any year — that’s especially true.

Sales last month were only slightly down for the city of Spokane and were actually up for Spokane County. But when you zero in on downtown Spokane, the pandemic has been a comparative disaster, sending sales in the city’s core plummeting by 24 percent, Richard says.

He cites two reasons: First, the dearth of major events — sporting competitions, business conventions, Arena shows — meant a lot of lost customers. Second, the fact that so many of the 20,000 to 30,000 downtown employees are working from home has deprived a lot of those businesses of a customer base.

“My hope and goal is to have people in our entire region understand the magnitude of that and encourage them to go out of their way to support the downtown businesses, so we make sure they’re around when we come out of the COVID crisis,” Richard says.

But then Richard shifts to a more optimistic gear.

The DSP is using CARES Act funding to sponsor a bunch of health district-approved activities in the convention center, with games like cornhole and two-on-two basketball, and offer $20 gift cards to downtown businesses. And to make it easier to park and shop, DSP will be offsetting the cost of at least 250 Shuttle Park passes for downtown workers. They’ll be able to park at the Arena and hitch a free ride to their workplace downtown.

With a huge COVID case spike being driven by risky unmasked home gatherings, visiting events downtown where businesses are taking plenty of pandemic precautions might actually be safer than, say, holding a big Thanksgiving dinner for extended family at your house.

“Santa is coming back in a socially distant, safe way,” she promises.

West says businesses in the mall are getting creative with curbside pickup options to reduce crowd sizes.

Murray Huppin, owner of HUPPIN’S, a local electronics store, says the company has redesigned both its sales space and sales calendar to adapt to the pandemic. Instead of aiming for a few crowds all at once, it’s aiming for a steady stream of customers.

“The promotions and all the sales and things in the consumer electronic industry, they’re basically running now until the end of the year,” Huppin says. “You don’t have to focus just on a Black Friday weekend to get the deal.”

SIMPLY NORTHWEST manager Samantha Smith says holidays are where the Spokane Valley gift store makes all its money. So this year, it’s taking into consideration that a lot of people won’t be able to see their friends and relatives in person to deliver gift baskets. The solution? Gift boxes that can be easily and cheaply mailed.

Kris Dinnison, co-owner of ATTICUS and BOO RADLEY’S — two particularly popular gift shops in downtown Spokane — says that because they missed their second quarter goals due to the lockdown in the spring, racking up sales in the last part of the year is more crucial than ever.

But lately, their challenge has actually been too many customers. The state requires that retail stores operate at only 30 percent of capacity, meaning that customers have to be turned away if they come during a time that’s too crowded.

“Our biggest message that we want to get out there is shop now, shop early,” Dinnison says. “Shop in the morning when nobody else is here. Shop on the weekdays, not just Saturdays.”

And anything they can do to make things go more smoothly the better.

“We’re definitely going to have some masks available,” Dinnison says. “We’re tired of having fights about it if someone forgets.”

Inevitably, these last two months of 2020 will require a lot of innovation and improvisation. But that’s been the case since March. By now, businesses are used to it, Dinnison says.