Hurd Is the Word 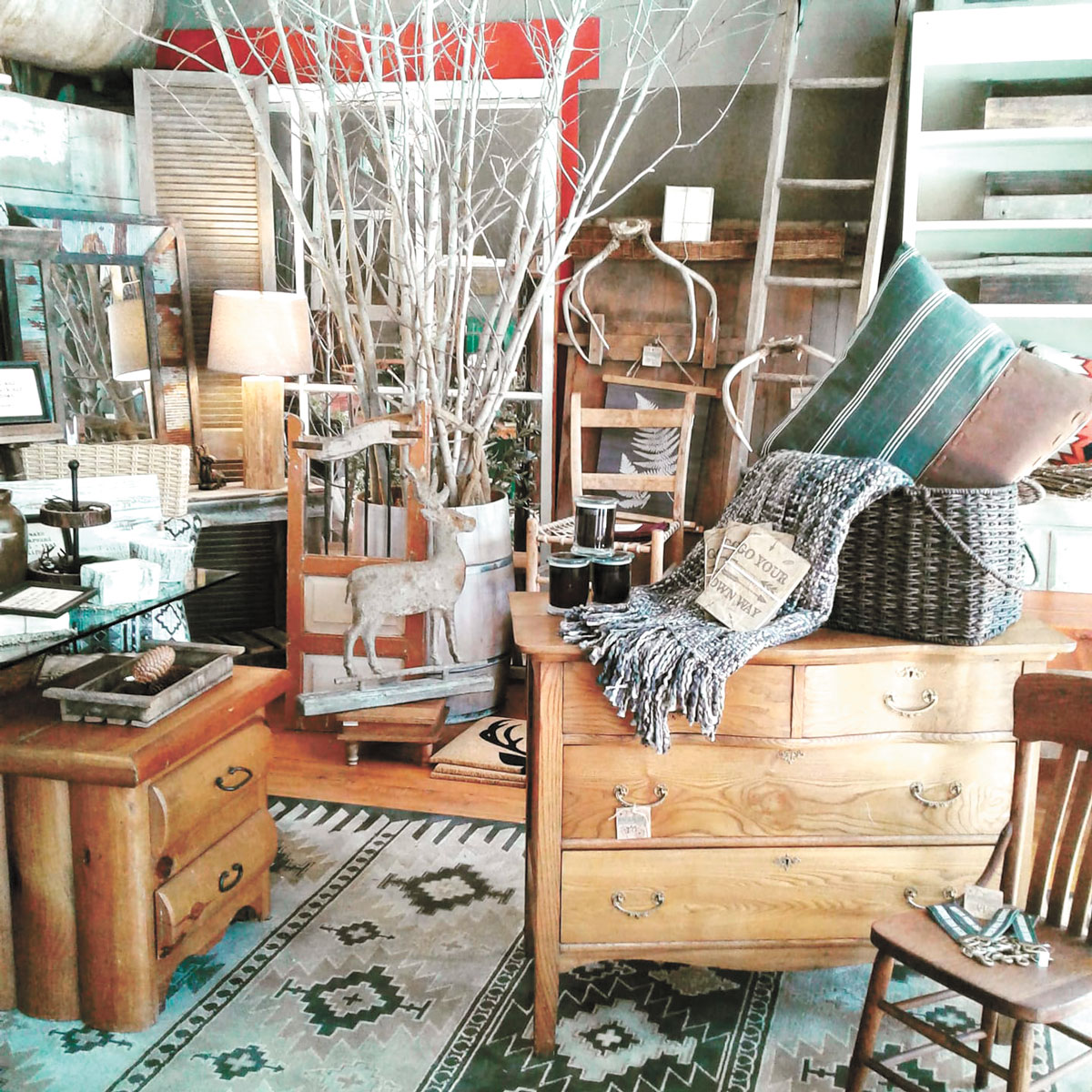 Hurd Mercantile lies slightly off the beaten path. Getting there involves taking a scenic drive through the softly undulating wheat fields for which the Palouse is famous, then pulling into the tiny town of Rockford (pop. 486). Among the five or six buildings that make up its center, you’ll find it, one of the region’s largest and most beloved independent home and garden shops.

The proof of Hurd Mercantile’s appeal lies in the fact that, despite distances both geographic and social, shoppers are remarkably eager to make the trip.

“We have had wonderful traffic flow,” owner Jill Townsend says. “All of our same customers through the years have come back to support us, and then new customers have made a point to shop at small businesses and joined that effort. It’s been amazing. Sales have actually been up from last year.”

Although the shop was closed for nearly two months during the early stages of the pandemic, business quickly returned to something close to normal.

“When you first reopen, you have a lot of anxiety and wonder about what it’s going to be like,” she says. “But we have an over-8,000-square-foot store, so there’s plenty of room for customers to social distance. People are actually enjoying themselves and wearing their masks and doing a good job of getting along with one another. So we’ve been real blessed that way.”

All the same, COVID-19 does seem to have had an effect on buying habits. Townsend says she’s seeing customers shopping for Christmas décor and gifts much earlier this year because of the unpredictability of the upcoming holiday season. Among the vast number of items that Hurd carries, the traditional ornaments, artisan candles, specialty foods, holiday signs and seasonal scarves are some of the most popular.

“Because our store is so large, we have almost every category covered,” she laughs. Unsurprisingly, puzzles are also proving to be one of the store’s most sought-after gift items in 2020.

“The companies we’re ordering from have come up with some cool packaging ideas and cool themes like national parks.”

And unlike the many retailers who’ve felt compelled to put some or all of their inventory online, Hurd has — aside from the occasional telephone order — stayed with the face-to-face, brick-and-mortar model that’s helped it acquire such a devoted following over the past 20 years.

“Sitting home and ordering online is probably more convenient, but you miss out on the whole camaraderie of supporting small business,” Townsend says.

Her sense is that Hurd customers generally prefer “the experience of shopping,” which means “coming down and enjoying the Christmas trees being decorated and the scent of candles in the store.” The complimentary espresso bar, which also features cider and hot chocolate, only adds to the warm, inviting ambience.

Which is all to say, the fact that Hurd lies off the beaten path isn’t a deterrent. It’s actually part of its charm.