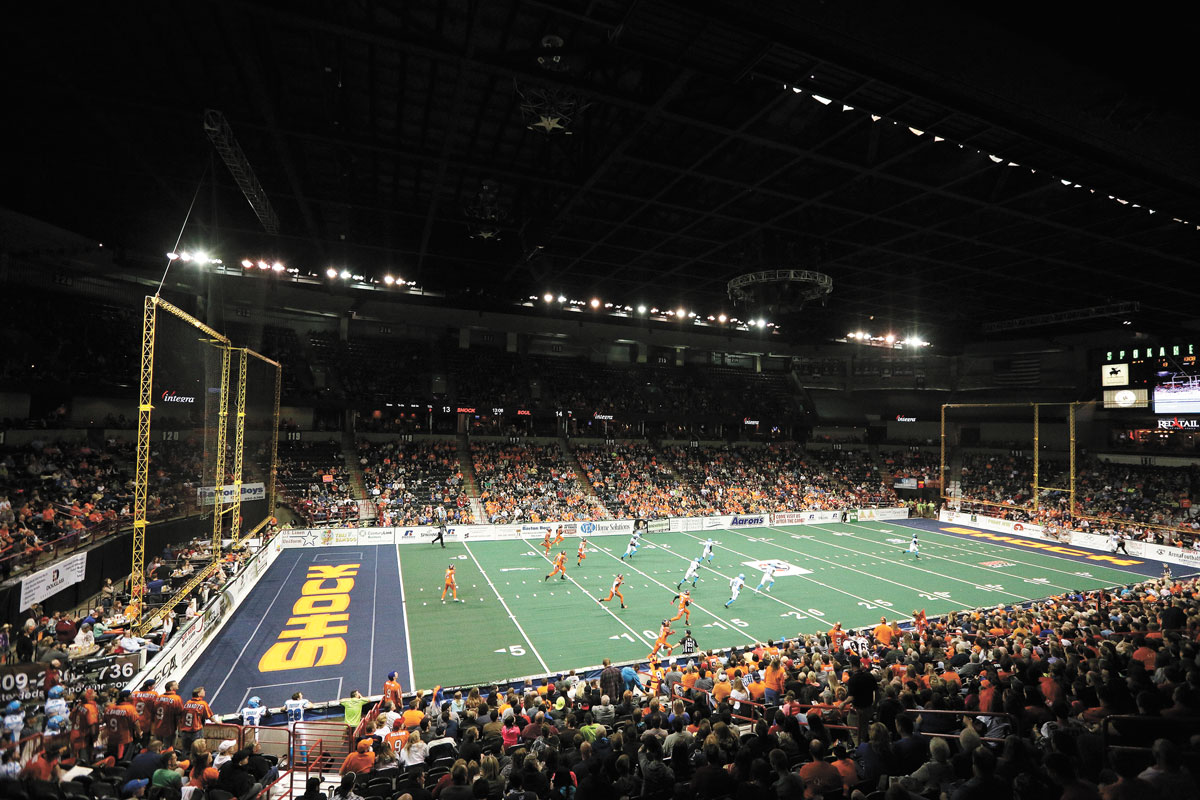 It won’t be long before sports are back in Spokane

In March, the SPOKANE SHOCK — a name once thought to be no more when the Arena Football League franchise folded in 2015 — were almost back. The first game of the year was days away for the Indoor Football League team.

But then, of course, the COVID-19 pandemic hit.

For team owner Sam Adams, the COVID-19 pandemic was — for lack of a better term — a major shock.

Adams, a retired Seattle Seahawks defensive tackle, says he thought it might only delay the season by a few months. But ultimately, the Indoor Football League canceled the season.

Today, however, Adams is optimistic that the next season will start on time, almost exactly a year after the pandemic first hit. The Shock will host the Tampa Bay Tornadoes in a preseason game on March 21 before the season officially starts on April 2.

The IFL announced that season tickets will go on sale at the end of November, and all season ticket holders from 2020 will have their tickets rolled over for 2021.

What will the games look like? That’s still up in the air. Adams says he doesn’t know yet if Spokane will be able to have fans at the games, adding that he will rely on the advice from state and local health officials. He has strong belief, however, that a vaccine will be distributed to enough people to allow fans in the Spokane Arena.

If a vaccine doesn’t slow the pandemic by then, they still plan to play the games and test players regularly.

“We’re going to go out there and play in a parking lot if we have to,” Adams says.

For now, the players are all training in different areas of the country, sending videos to the coach of their training regimen. Adams can’t wait for them to return to Spokane in the coming months.

“The Shock are coming back, and we’re going to be here for a long time,” Adams says. “We have big plans for the community.”

Meanwhile, they will monitor how things go for other Spokane-area sports teams, including the SPOKANE CHIEFS, who are scheduled to begin a truncated season starting Jan. 8. It remains unclear whether fans will be permitted into any of those games, too. The Western Hockey League says a final determination has not been made, since it will be decided by local health authorities.

“The WHL looks forward to continuing work with government and health authorities in our region and will implement any measures that are necessary to protect our players, staff, officials and fans during the COVID-19 pandemic,” the league announced in a news release.

The SPOKANE INDIANS are looking forward to next season, too. They had their entire season canceled in June, the first time Spokane went a summer without baseball since 1957. The organization did hold other events, however, including Ballpark Dinners to Go for people to get a cheap dinner and the Infield Cafe lunch service at Avista Stadium.