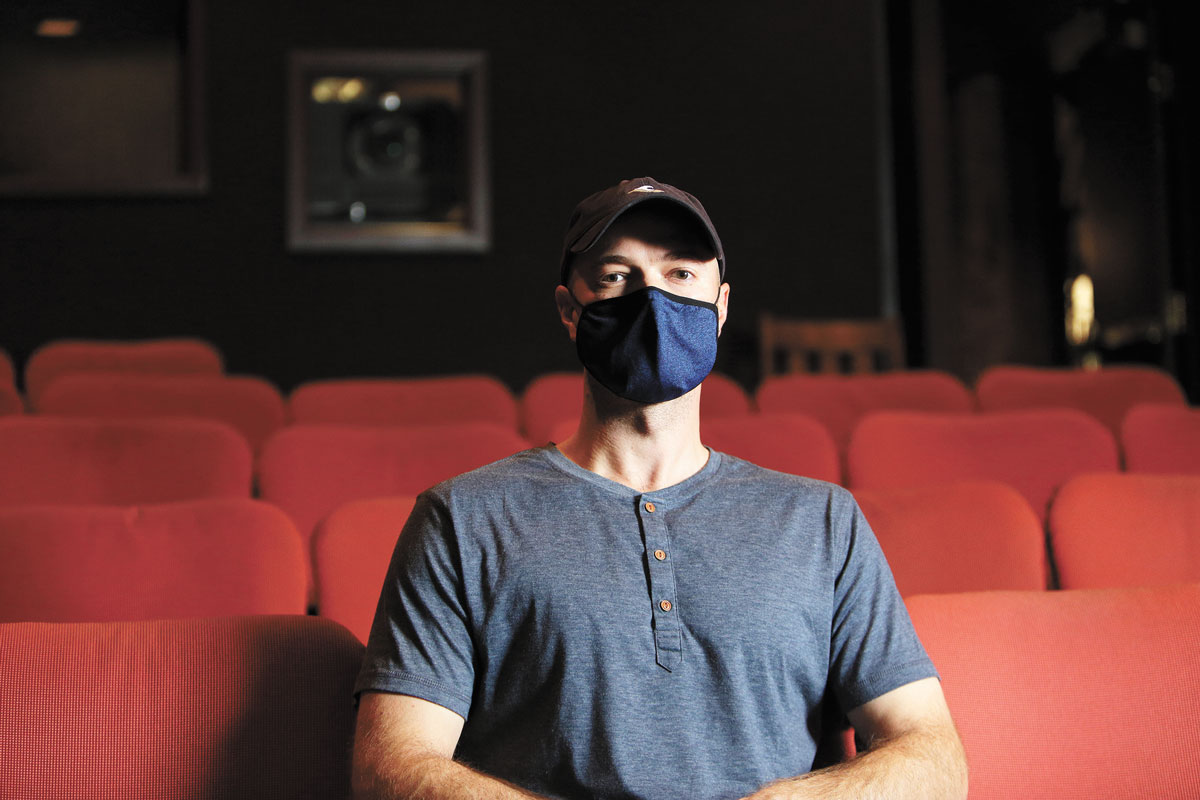 Hollywood has taken a hit during the pandemic, but Spokane’s theaters are still hanging in there

Going to the movies is an experience like no other. It’s solitary, because you let yourself get swept up in the story on screen, but it’s also communal, because you’re surrounded by other people doing the same.

It’s that latter aspect that has presented movie theater owners with some challenges during the coronavirus pandemic, as well as bringing Hollywood’s release schedule to a standstill. Although Washington theaters have mostly been closed throughout the pandemic — save for a brief window when they were able to reopen at limited capacities — our city’s big screens are still there, waiting to transport viewers to far-off worlds again. Here’s a rundown of the area’s movie theaters, which will hopefully be projecting great cinema soon.

This is the area’s largest multiplex, boasting a whopping 20 screens on the top floors of the downtown River Park Square shopping center. Spokane’s AMC location offers something for everyone: You can check out all the biggest blockbusters in Dolby sound and on IMAX screens, but you’ll also be able to feed your brain with the indie, arthouse, foreign films and documentaries that the theater books through its Artisanal Films series. 808 W. Main, amctheatres.com, 877-262-4450

First opening in 1945, the Garland Theater had a long history of management changes and business models before settling into its status as Spokane’s favorite and longest-running discount movie theater. You only have to wait a few weeks after its initial release date to see a major movie at half the price of a regular ticket, and with its attached craft cocktail bar, Bon Bon, and recently updated food menu, the Garland is one of the best places in town to enjoy a night out. 924 W. Garland, garlandtheater.com 327-2509

Another cinematic Spokane institution, the Magic Lantern first started screening arthouse offerings in 1973 in a location on Wall Street. It closed and reopened, and closed and reopened again, and it’s been in the Community Building on Main Street since 2007. In all that time, however, the Lantern’s commitment to the out-there and the offbeat hasn’t changed, and you can always expect to see something challenging and insightful on either of its two screens. Enjoy beer and wine alongside the bottomless popcorn. 25 W. Main, magiclanternonmain.com, 209-2383

One of the biggest movie theater chains in the country has two locations in Spokane — one in the Northtown Mall, the other in the Valley Mall — both of which have been bringing cinematic treasures to the Inland Northwest for at least a couple decades now. Enjoy the most talked-about films from their comfy reclining seats, and signing up for the Regal Crown Club program gets you rewards and freebies the more often you go to the movies. 4750 N. Division and 14760 E. Indiana, Regmovies.com, (844) 462-7342

The Village Centre theater chain isn’t anywhere near as big as AMC or Regal, but that doesn’t mean it isn’t equally committed to crystal clear picture, rumbling sound and a diverse roster of cinematic offerings. Its Wandermere and Airway Heights locations are regional favorites, and you’re just as likely to see a family-friendly box office hit as a more obscure drama for grownups on their screens. 12622 N. Division and 10117 W. State Route 2, spokanemovies.com, 232-7727