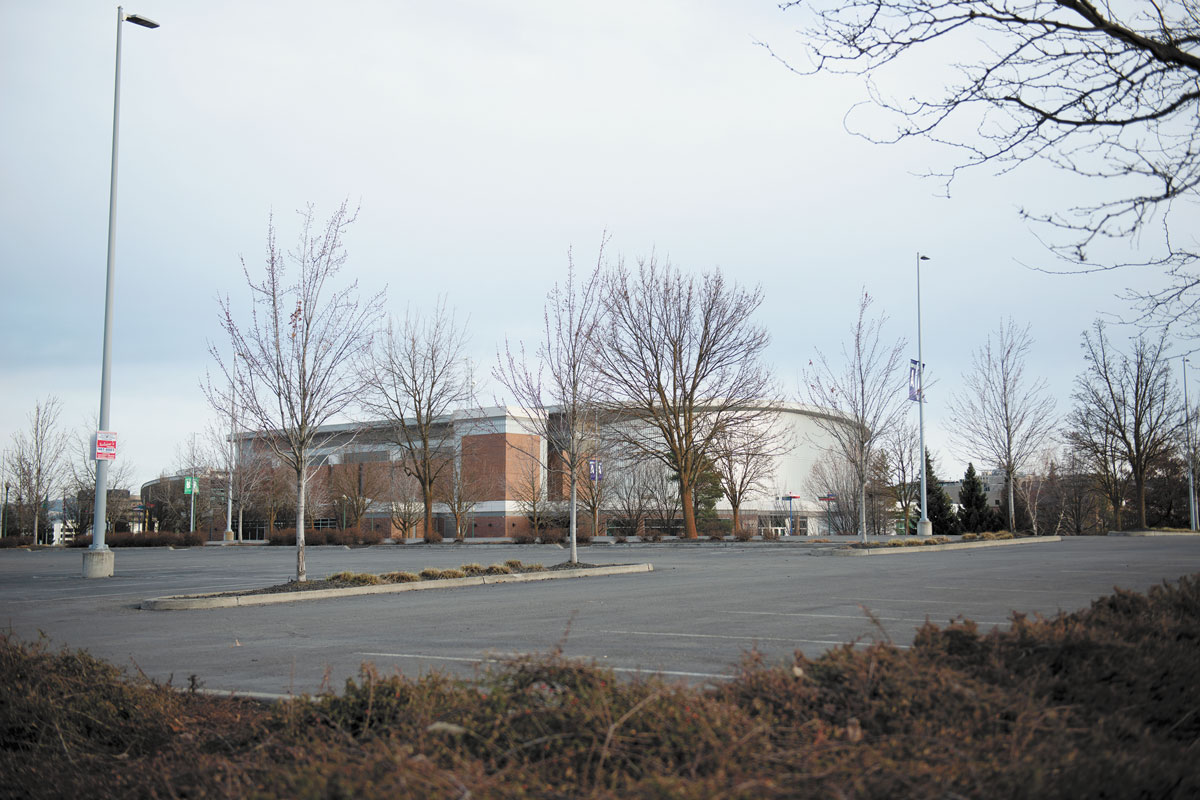 With the convention business dead for now, Spokane’s tourism industry has had to improvise

For decades, local tourism-focused groups like Visit Spokane, the Spokane Sports Commission, and the Spokane Public Facilities District have been centered on one united mission: How can they bring as many tourists to Spokane as possible, packing them into big events like track meets and conventions, so the whole local economy would flourish?

But then, last March, that entire premise came to shuddering halt. Instead, they faced a slew of new questions.

And most importantly: what now?

First, it meant assessing the damage. Spokane County Fair and Expo cut their staff in half. Visit Spokane laid off their entire sales staff.

“I’m presenting a budget to my board today that shows us losing $4 million next year,” says Stephanie Curran, CEO of the Spokane Public Facilities District, which runs Spokane’s Arena and convention center. “This morning, I was thinking never would I have ever thought in my lifetime I would present a budget that was going to lose even $1 million, nevermind $4 million.”

Meg Winchester, president of Visit Spokane, says things may not truly get back to normal until 2023. Even once most people are vaccinated, a fear of travel may linger.

But each of these groups has found ways to adapt, to find the opportunities scattered among the ashes.

“I, from the beginning, have refused to be a victim of this,” says Curran. “A lot of venues across the country have just laid everybody off and shut down. But we’re kind of small and mighty in Spokane.”

The Spokane County Fair and Expo couldn’t hold the Interstate Fair. So they had drive-in movies and held a fair-food drive-thru event.

Eric Sawyer, CEO of the Spokane Sports Commission, says his team even tried to pitch a West Coast college basketball version of the NBA bubble — they’d play in the Arena and the convention center and attend classes in Spokane hotel rooms. But with the patchwork of different state and local rules, it was too difficult to make it work.

Still, those local tourist groups have also found ways to turn their empty buildings and unused lots into an asset to fight the virus and the challenges it posed.

The fairgrounds opened for use in drive-thru COVID testing. And in the same way that nearly a century ago one of Spokane’s Prohibition-shuttered breweries became housing for transients, the Spokane Arena was turned into a temporary homeless shelter.

“The mayor called me and she’s like, ‘I’m in a desperate situation,’” Curran recalls “‘We need to find a [place for homeless people to stay] because of social distancing,’ I was like, ‘Great, we’re the perfect place.’ Normally, we couldn’t do stuff like this because we would be booked.”

And when air quality turned dangerous, the Arena again became a shelter.

Meanwhile, they’ve turned to how they can prepare for the future.

With a reduced staff, Visit Spokane partnered with sales staff at Curran’s Public Facilities District and looked for openings to make a pitch for the promise of Spokane.

Visit Spokane found 20 high-end event planners and, instead of giving them a tour in person, they did it virtually. They sent them bottles of wine from Barrister Winery and coffee beans from Indaba. So, when Visit Spokane presented the merits of our fair city to the region over video chat, the event planners could sip some of Spokane’s finest beverages while watching.

“They were like ‘Wow!’ afterwards,” Winchester says. “We’d never done anything like that before. It was actually very successful.”

Not only that, but the dearth of tourism-related travel, Curran says, gave Spokane a chance to get in front of the sorts of influential event planners who would never have given the Lilac City a second look before.

“There was one in particular; he said, ‘OK, fine, you’ve convinced me. I’ll come to look at Spokane,’” Curran says.

Using $2.5 million of CARES Act money, Visit Spokane has been running ads all over the place, including in Seattle and Portland.

It may seem odd to spend money on tourism-related advertising during a time when tourism is so limited. But Winchester argues that it makes perfect sense. It’s about planting a seed that, by the time restrictions are finally lifted, has blossomed into full-grown Spokane-bound wanderlust.

“People are dreaming right now,” Winchester says. “Our job is to get people to dream and commit.”

And that’s where Sawyer, with the Sports Commission, sees a lot of hope.

“There’s going to be some tremendous opportunities for those communities around the country who have survived COVID,” Sawyer says. They’re lining up events for the third and fourth quarter next year.

In one sense, Spokane got lucky.

For years, the delays and setbacks getting the Podium — the $53-million state-of-the-art sports tourism megaplex — off the ground had been a source of frustration. Think of all the economic impact we were losing out on!

It turns out, it was more like missing a flight for a plane that ended up crashing. The Podium’s soft opening is scheduled for next fall, right when — hopefully — the virus has been beaten back enough to take advantage of the megaplex.

And when the time comes for vaccinations, the facilities district knows of a few huge, well-ventilated facilities perfect for administering those vaccinations.

“At the convention center, they are ready to possibly become one of the locations for vaccinations,” Winchester says.