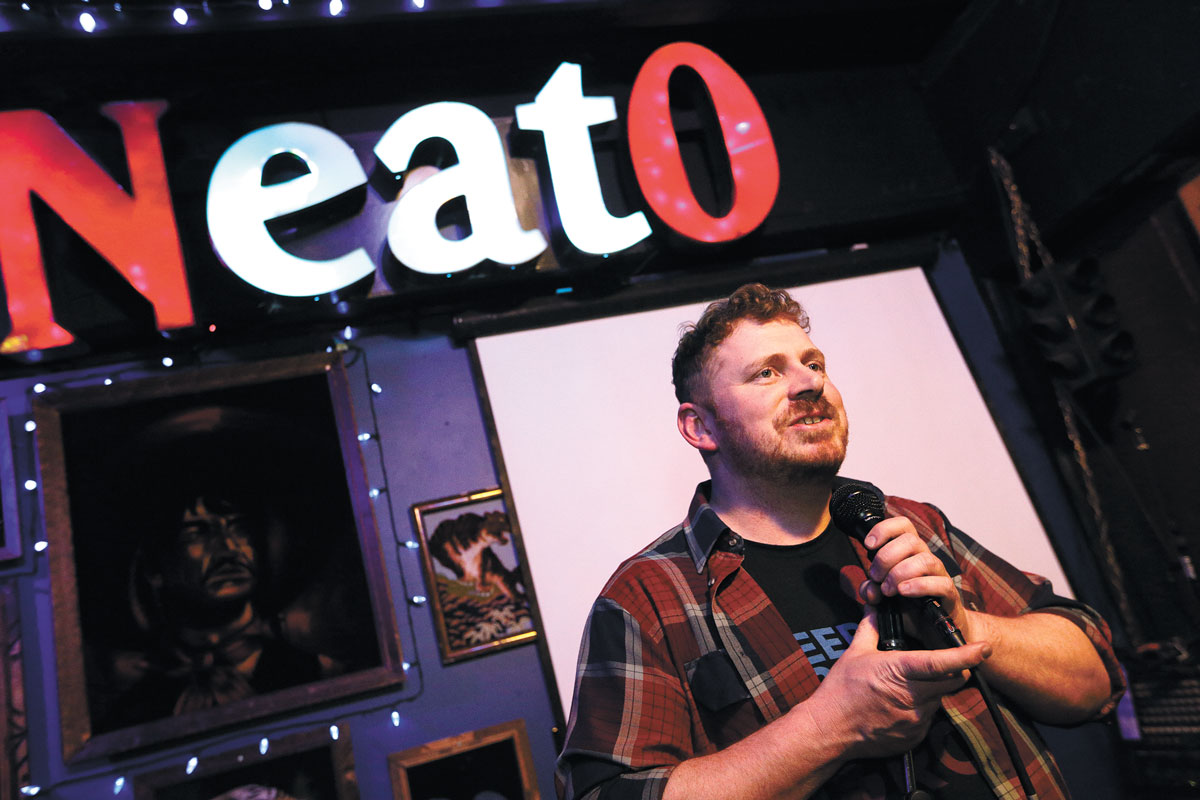 Spokane’s comedy community is working to keep the funny alive

If there was ever a time we could all use a good laugh, it’s 2020. But of all the sectors of the economy punished by the pandemic, it’s arguably been the worst for live entertainment venues and the artists that fill them.

For the Spokane comedy scene, the various shutdowns and gathering restrictions have meant no live shows on local stages, from the tiniest open-mic nights at bars and restaurants to the big-name headliners like Jo Koy or Kevin James who had to cancel tour stops in the Lilac City at the FIRST INTERSTATE CENTER FOR THE ARTS and the FOX THEATER, respectively.

The SPOKANE COMEDY CLUB relies on a combination of touring comedians and local talent to fill its stage every week, and they’ve had to completely pivot their business plan since March in the hope of surviving to host real standup shows again.

The club is booking touring headliner comedians for the months ahead while hoping restrictions ease, including Pauly Shore (Jan. 21-23), Bobcat Goldthwait (Feb. 26-27), Jen Kirkman (March 4-6) and Spokane’s own Kelsey Cook (June 3-5). But waiting for a real reopening, the business has converted into a restaurant called SPOKANE SHAKE COMPANY to keep its staff working and building open. It offers 30 flavors of milkshakes as well as pizzas, gourmet hot dogs and more. When able to be open under limited capacity, the club hosted trivia nights and comedy shows on video, and it pivoted yet again to takeout-only when the latest shutdown kicked in.

“We’ve been closed for … months with no end in sight and, you know, bills to pay and staff with families to feed, and we realized we needed to do something for the club to survive and thrive long-term,” co-owner Adam Norwest says. “As soon as something happens that allows us to have comedy, we’ll have it again.”

Open-mic nights at spots ranging from NEATO BURRITO to the KNITTING FACTORY-adjacent DISTRICT BAR to the RIDLER PIANO BAR, among others, have obviously been put on hold, meaning local standup talent has been forced offstage. Some of them have enhanced their profile online, including long-time Spokane comedian Deece Casillas, who hosts THE SOCIAL HOUR podcast, as well as short video clips. Others, like Phil Kopczynski, have managed to do some tour dates in states with different regulations governing gatherings, but haven’t been able to perform in Spokane since March. Spokane’s preeminent improv theater group, BLUE DOOR THEATRE, hasn’t opened its doors for live shows since March, but has filled the void by creating videos for YouTube.

Some comedians have tried doing live shows via Zoom, but Casillas says those shows just lack the energy bouncing between performer and audience that comedy requires to satisfy anyone.

“There’s an energy and vibe with it that just gets disrupted over online when you just have people staring at you through a screen,” Casillas says.

While comedy fans will have to wait until venues reach Phase 4 of the state’s reopening guidelines, barring some change from Gov. Jay Inslee, Casillas is confident the audience will be there.