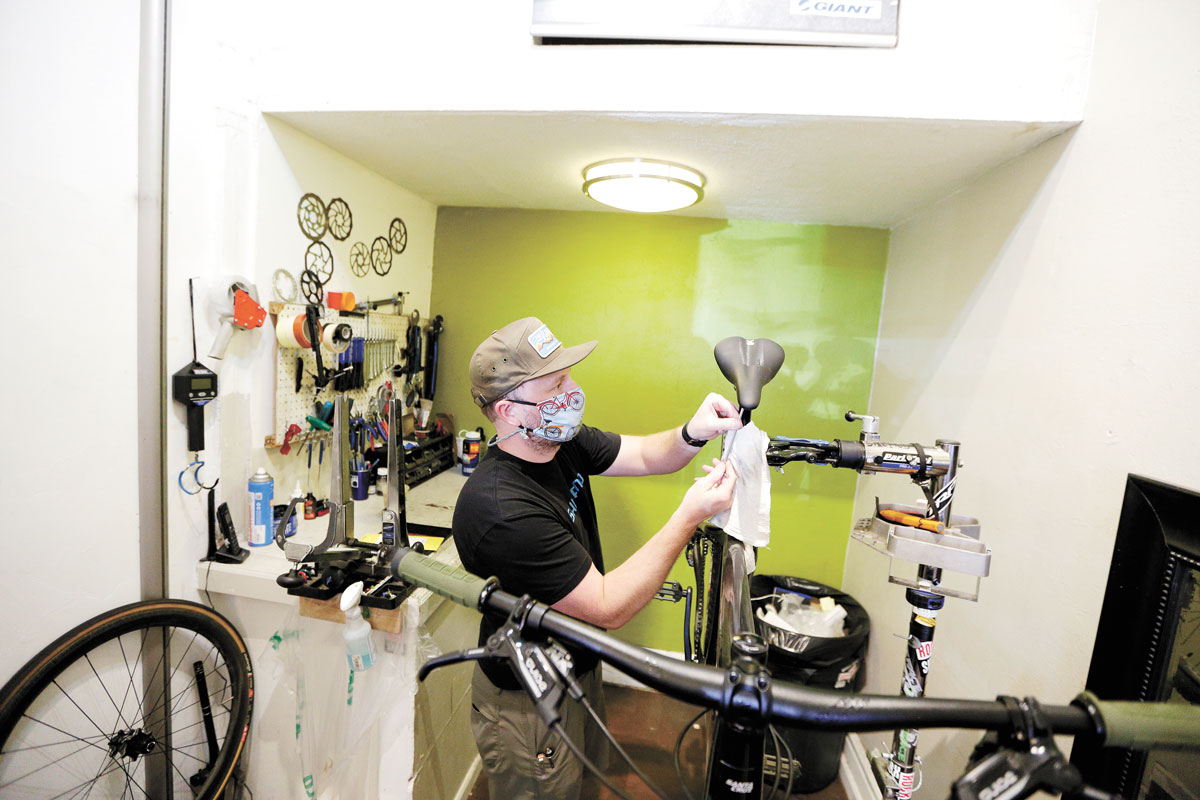 Since the pandemic stripped bike stores bare last spring, this winter may be your best chance to shop and get lucky

This year, bicycles were the toilet paper of transportation.

When the pandemic hit, so many people wanted so many bicycles that the shelves at local bike shops were practically empty. After all, during the shutdown, cycling was one of few clearly safe activities available. In Washington state, bike shops were considered exceptions to the governor’s stay-home order.

And that meant that even as some industries were nearly completely shuttered, bike sales were skyrocketing.

“Initially it was fantastic because everybody was getting outside and riding their bike,” says Morgan Johnson, owner of MOJO CYCLERY.

They weren’t just shelling out for new bikes, either. Repair parts were more popular as well, as folks took their janky old bicycles out of their garages and tried to get repaired. They either asked the bike shops to fix them up, or they decided to take a crack at tinkering at home.

“Maybe it’s a parent-child relationship they can build by working on bikes together,” Johnson says.

“From about May to about September, I wasn’t able to get any bikes, really,” says Paul Edwards, owner of ARGONNE CYCLE.

Parts became sparse, too. Sometimes, stores have had to innovate.

“With parts, we’re playing a game,” Mensign says. “We can’t get everything we want all the time. We’re making things happen, and we’re finding ways to get people taken care of.”

It’s only now, in the depths of winter, that bikes are starting to roll back into stores, Mensing says, though it will still take months before their inventory is fully recovered. With the possibility of another big boom in bike purchases this spring, now might be your best hope for a bike or bike equipment. Get your bike prepared for the warmer months — or even better, get outfitted for the colder ones.

“We’ve got hats and gloves to help keep you warm,” Mensing says. “We have some shoe covers and outerwear items for riding through the winter.”

Since winter roads can get sloshy and slushy, local bike stores recommended fitting fenders on your bike. Those roads can get icy, too.

“We have studded tires that are pretty fantastic with the black ice,” says Johnson.

And if things get really snowy, Arnold notes that they sell “fat tire” bikes. These are the snowshoes of cycling. The wheels’ big surface area allows the rider to ride on top of the snow and navigate the bumpier terrain.

And if all else fails, you can turn your outdoor bike into a makeshift Peloton. Bike trainers lift your back wheels off the ground and provide resistance, allowing you to peddle indoors without riding through your bay window.

Better yet, instead of deciding between video games and exercise, choose both. Apps like Zwift turn your indoor bike experience into a game of sorts, connecting directly to your trainer. When the screen in front of you changes, it gets harder or easier to pedal.

“If you’re going uphill, the trainer can change your resistance — a virtual reality experience,” Mensing says.

Some products, particularly mountain bikes and kids bikes, are still difficult to find, however. With the vaccine on the horizon but distribution still uncertain, bike shop owners say they’re not quite sure what to expect from the spring.

“Going into next year, we’re hanging on and still going for the ride, so to speak,” Arnold says. υ