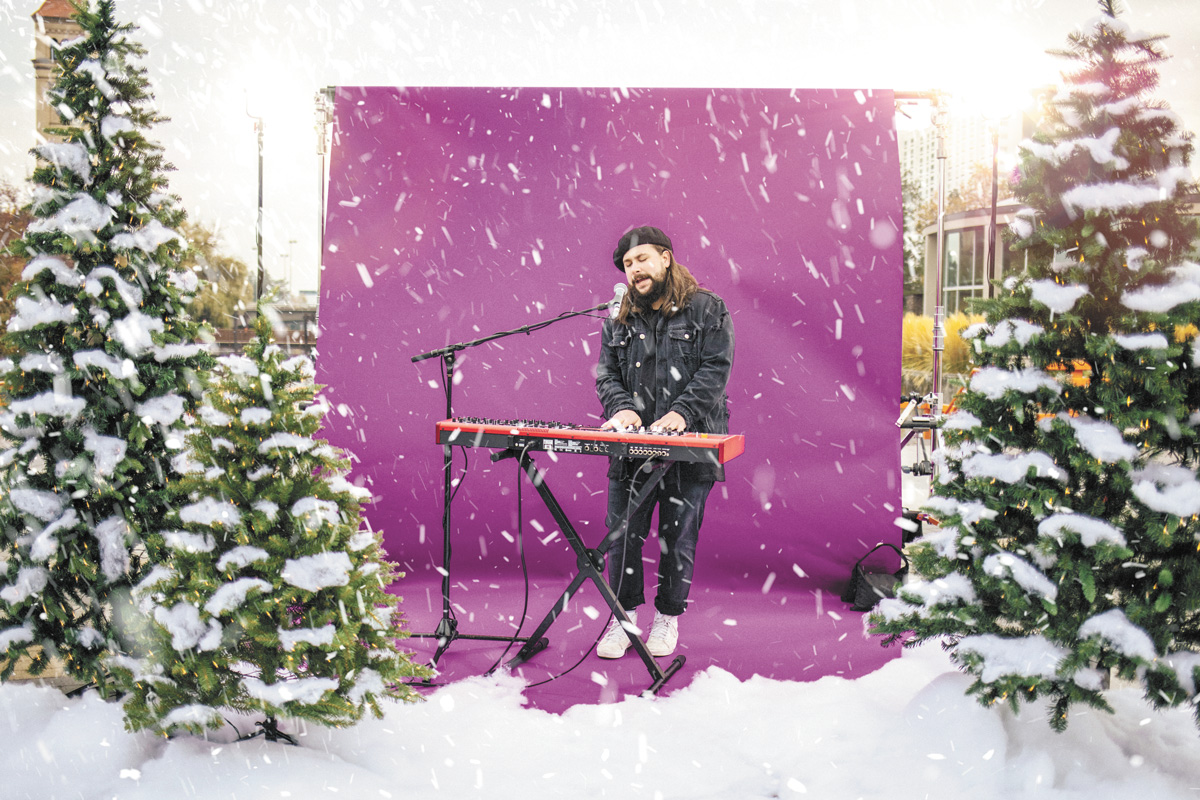 New Year’s Eve is synonymous with celebration, especially at a time when we’re hoping that the coming year is going to be better than the last. But the very circumstances that made 2020 such a slog will keep festivities muted as the clock strikes midnight. The music venues that would be filled any other year will remain closed until COVID-19 is under control.

Spokane-based soul singer Blake Braley has been lamenting the absence of live music as much as anyone. Under normal circumstances, he would almost certainly be entertaining audiences as they rang in the new year. Live performances like that are both a source of income and a creative outlet for him.

“I, as well as every member of my band, we’re all super hardworking musicians,” says Braley. “We gig a lot to make ends meet. For instance, in normal times, I’m usually down at Zola one or two nights a week and playing somewhere else the other two or three. Most of my income is supplemented through the music and live shows.”

That’s prompted musicians like Braley to lean a little harder on selling merchandise. He recently added T-shirts and stickers to his website’s merch corner, and he’s been doing what he can to spread the word about the self-titled EP he released near the start of the pandemic. However, the loss of his biggest promotional tool — live gigs — makes it harder, and streaming services like Spotify or Apple Music are no substitute.

“The streaming services just aren’t paying artists the money they deserve. As much as I’m going to continue making music, and I feel like I’m speaking for a lot of artists when I say this, you don’t make much money off of that unless you’re getting millions of streams. And even then, it’s ridiculously low for what it should be.”

Fortunately, Braley himself has been able to fall back on a “side hustle day job” in retail. But he acknowledges that many musicians don’t have that luxury during public health closures, particularly in artist-friendly industries like food service.

“Like the videos say, we wanted to give everyone a moment of cheer, just a break from the craziness,” says Ryan Throckmorton, creative services officer at STCU. The credit union also worked with Serie Dos (singing “Feliz Navidad”) out of the Tri-Cities and The Powers (“Have Yourself a Merry Little Christmas”) out of North Idaho.

“Obviously, live entertainment has been hit really hard, and we just wanted to get some happiness out there and give some musicians a chance to play,” Throckmorton says. “It’s a small gesture, but if we can get the word out about these artists and get them some more fans, maybe that will help them a little bit.”

For Braley, the 30 seconds of publicity through STCU is a welcome bonus. He hopes that it reminds listeners to find ways to support their favorite artists, to seek out new music and to share the songs they love with others.

“Right now, buying merch is huge — buying hard copies, buying digital downloads off Bandcamp, as well as just sharing music, talking about it with your friends. The best promotion we have is having a loyal fan base that is passionate about the music and wants other people to know about it.”

Doing any or all of those things will help to ensure that local musicians and bands are ready to retake the stage as soon as it’s safe to do so. As Braley says, “It’s important to stay optimistic. There’s going to be a time when we can dance again until 2 am.”

You can listen to Blake Braley’s music or purchase merchandise online at blakebraley.com. STCU’s “A Moment of Cheer” spots and other videos can be viewed for free on its YouTube channel @STCUOnlineMedia. To donate and lend your support to independent music venues, visit the Keep Music Live website at keepmusiclivewa.com.