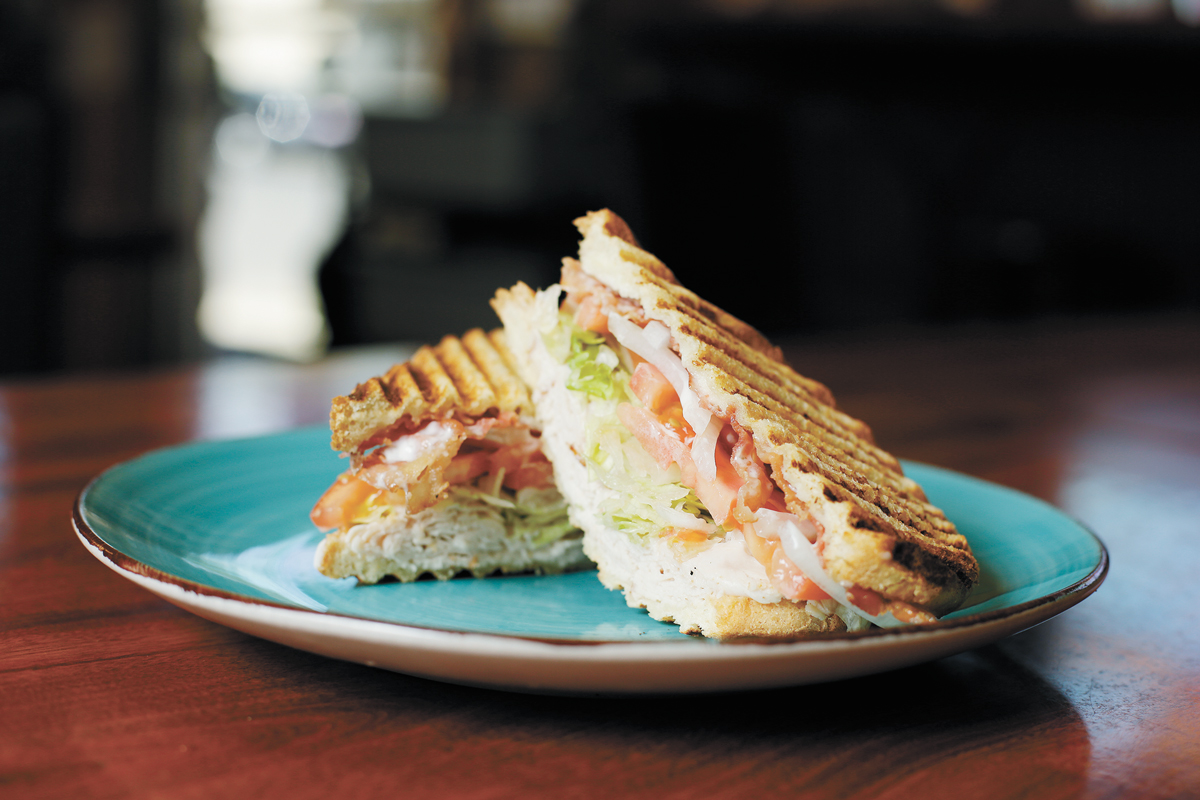 Eating and drinking your way through the Garland District

Spokane County is home to countless cool neighborhoods, but the Garland District on the city of Spokane’s North Hill is one of a kind. Sure, other neighborhoods offer a blend of shopping, dining and drinking, but there’s an undeniable spirit in the Garland that comes through when you visit for one of its special events, whether it’s a Santa Pub Crawl or a classic car show, drop by to check out its incredible art alley full of vibrant murals, or pop in the Garland Theater for a movie or the Blue Door Theatre for some live improv (when the times again allow such things).

Despite the current Phase 2 pandemic regulations, there’s still plenty of reason to drop by the Garland District, not the least of which is the diversity of its dining options. Here are just a few options among the many:

The folks at Mary Lou’s are hustling even during non-pandemic times, thanks to a cast of regulars from across the state (and beyond) who can’t resist their homemade ice cream shakes, house-cut fries and killer burgers — not to mention the iconic architecture that gives the place its name. They started delivering their from-scratch goodies via DoorDash just before the March shutdown, and expanded to include other delivery services soon after. This fall, they took part in the fair-food drive-thru, too. There’s still enough nice weather to sit at an outside table, or one of their socially distanced indoor tables when you get that craving for a Bozo the Clown Sundae or a banana split. 802 W. Garland Ave., facebook.com/milkbtl, 325-1772

Right next door to Mary Lou’s is a place that offers some of the fiercest competition for the best milkshakes in town, Ferguson’s Cafe. The classic soda fountain has made appearances in movies like Benny & Joon, and the decor itself makes it worth a visit. The hearty breakfasts, though, are what will get you there first thing in the morning for an eggs Benedict, three-egg omelet or chicken-fried steak. And if you’re not an early riser, not to worry — breakfast is served all day, so you can try one of those milkshakes alongside some pancakes and bacon. 804 W. Garland Ave., Facebook: Ferguson’s Cafe, 328-1950

You can probably guess from the name that beer is a major focus of this spot, and you’d be right. Their selection of regional and local microbrews is sure to please beer lovers who make the trip, but like so many of our local businesses, Beerocracy had to execute a pivot into food to get its doors open during the pandemic. The result of that pivot? A tasty array of rotating options, from panini sandwiches to hot dogs and chips, that go down just as easy as that IPA or lager. 911 W. Garland Ave., facebook.com/beerocracy509

The live music and karaoke is on hold, but there’s no stopping the Garland Pub & Grill’s Taco Tuesday, one of their favorite specialty nights (tacos are $1.50 each) that’s survived the pandemic intact. Another tradition that’s stayed the same? Gathering on Sunday morning for Seahawks games and one of the best breakfasts in town. Also available Fridays and Saturdays, the Garland Pub breakfast satisfies with great biscuits and gravy, and breakfast sandwiches (ham, bacon or sausage) served with hashbrowns. Lunch and dinner brings downhome burgers, sandwiches and bar favorites like wings and jalapeno poppers. 3911 N. Madison St., garlandpubandgrill.com, 327-7777

You’ll hear a lot about the Big Dill, and with good reason. It’s not every day you glimpse a tasty sandwich that uses massive pickles in place of the bread. If that seems like a lot of pickle for your taste, there are plenty of other delicious options, from hot paninis like the Italian Trio and the Grilled Hawaiian to cold classics like an amazing egg salad or the stacked Garland Dagwood. Most sandwiches are under $8, and there are also salads and soups and delicious sides to round out your meal. 3903 N. Madison St., garlandsandwich.com, 326-2405

One of the oldest bars in the state came under new ownership and into new life a few years ago, thanks to a serious renovation and the addition of a kitchen that knocks out pizzas, sandwiches and bar grub. Whether settling in to watch a ball game or just talk over the stellar sounds emanating from the jukebox, the Brown Derby is a comfy neighborhood joint. The monthly jazz nights might be on hold for now, but the good vibes aren’t. 808 W. Garland, facebook.com/derbyspokane, 327-5742