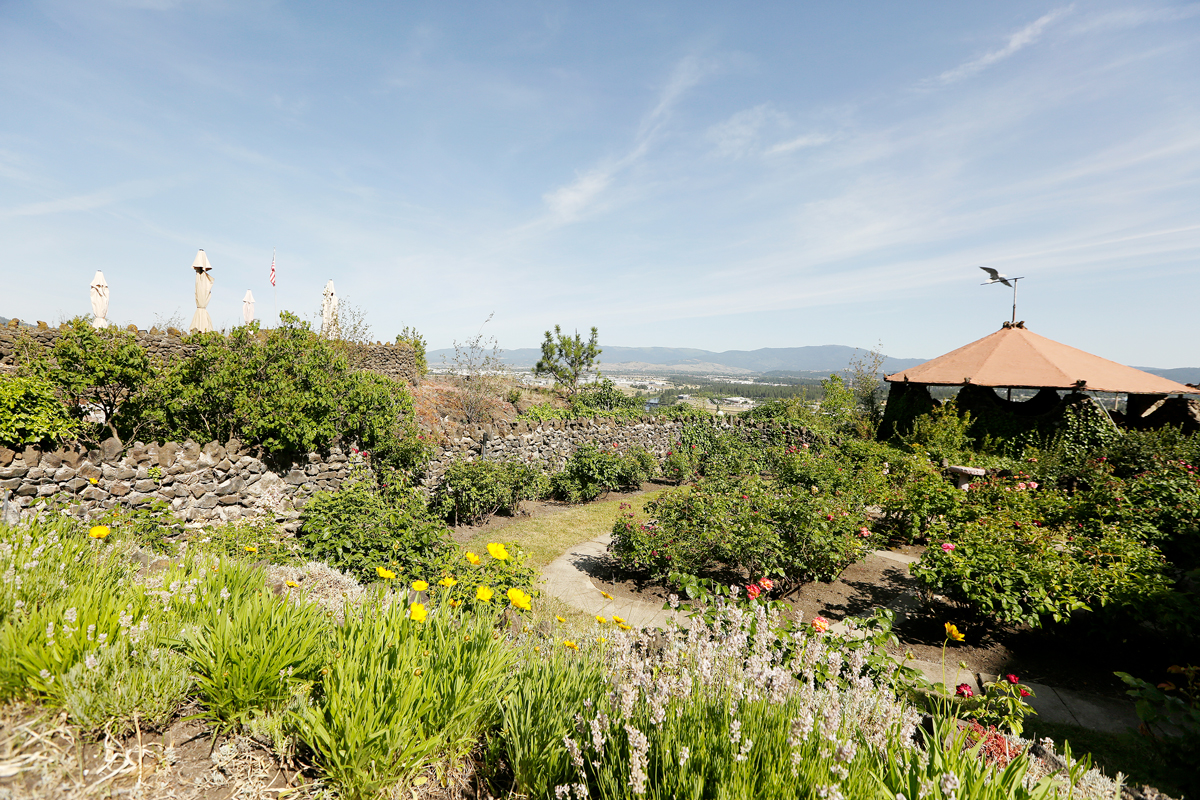 Spokane Valley is not known as a dining destination, spread across roughly 38 square miles, much of it smaller communities with charming names like Opportunity and Orchard Park, a nod to the region’s agricultural history. Trentwood recalls the area’s industrial era, while Dishman reminds of recreation and nature. Yet the Valley is as full of varied dining opportunities as it is communities, more than a dozen of which coalesced in 2003 to become the ninth largest city in Washington.

If the Valley dining scene is defined by its main thoroughfares, the east-west arterial of Sprague is a main focus. Bisecting the area from its western border with Liberty Lake to the city of Spokane, Sprague is teeming with restaurants, many of which are decades-old like RON’S DRIVE-IN, serving burgers and shakes since 1958. Other familiar names include DAVE’S BAR & GRILL, and CONLEY’S PLACE, especially on St. Patrick’s Day. 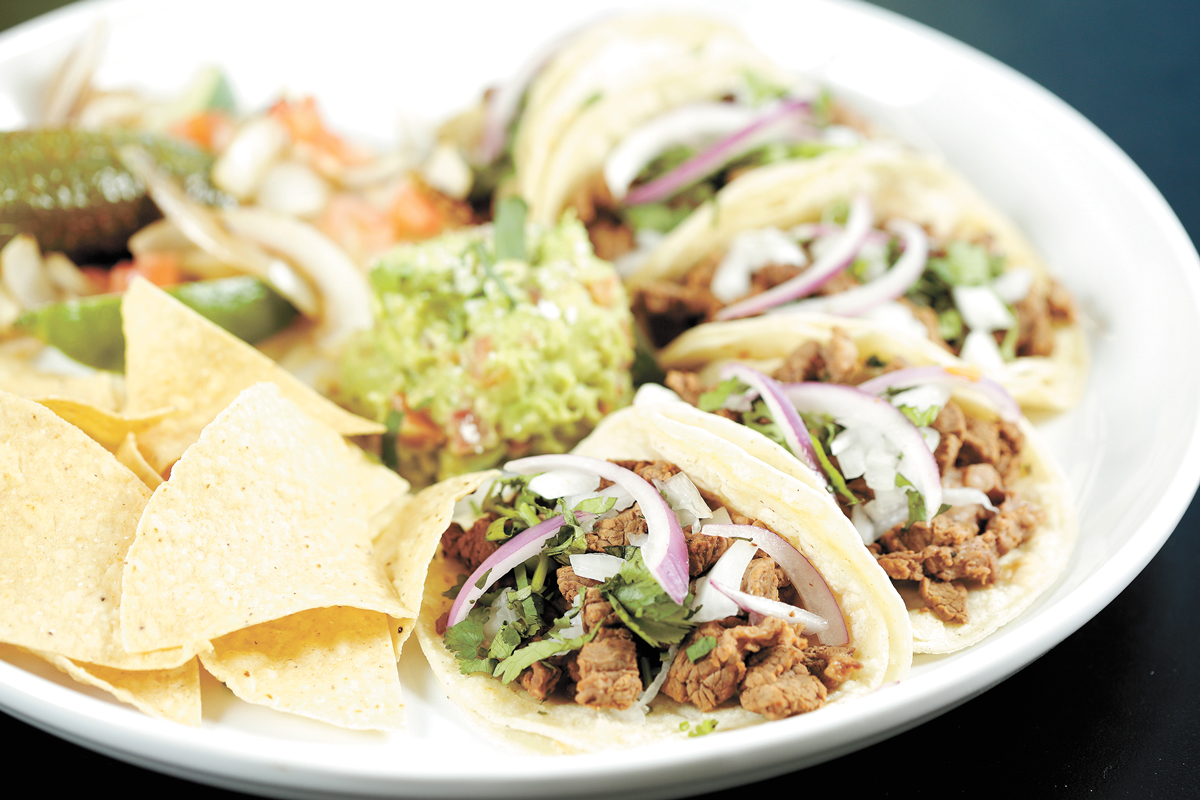 Sprague Avenue is where many longtime Spokane-based chains have gotten their start, including THAI BAMBOO, and FERRARO’S FAMILY ITALIAN. Others have seen it as the next step in expansion plans, like DE LEON FOODS, which added a Valley location in 2015.

For veteran restaurateur Rick Pedersen, it was the logical place to build a new restaurant career with son Kaston when they created CRIMSON HEARTH in 2019.

The father-son team chose Sprague because of his father’s past success in the Valley with Old European Breakfast restaurants, Kaston Pedersen says.

“The door on this building caught our attention at first glance and once we investigated, after finding much work needed to be done in remodeling, we fell in love immediately,” he says. Many former customers have sought them out and the restaurant has gained a reputation for its homestyle fare like buttermilk hotcakes and tartiflette or breakfast “nest,” an adaptation of a family recipe from the 1800s. 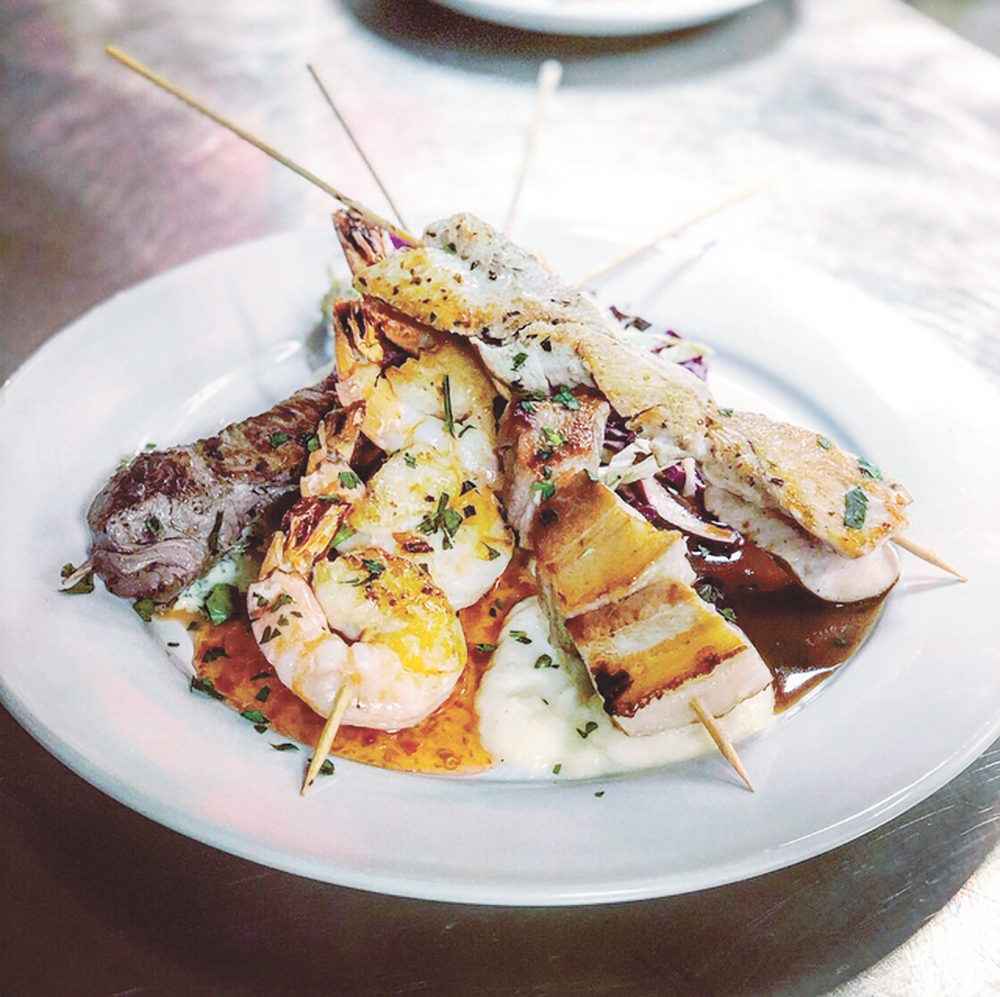 Like Sprague, the Valley’s north-south routes are also punctuated with numerous dining options. Sullivan is home to TORO SUSHI, the SULLIVAN SCOREBOARD sports bar, and the newly opened KOKORO RAMEN and MONICA’S PLACE.

Also known as Route 27, Pines is a central route, connecting Trent Avenue up north to the hilly greenspan that includes Iler Creek and Dishman Hills conservation areas along the Valley’s southern border. Look for gems like LITTLE EURO for German pancakes and Hungarian goulash. Discover Mexican food at FIESTA GRANDE, on Pines and 32nd Avenue, the bottom-most edge of Spokane Valley’s circuitous border.

Traveling the Valley’s outermost contour could be a year’s worth of dining options. Following 32nd west and south along Pine Rock Ridge, you experience the community of Chester, where CRAFT & GATHER offers a view of the newly resurrected Painted Hills Golf Course driving range.

From this southerly nub of Spokane Valley, head north on Dishman Mica Road and look for CHARLIE P‘s, a local favorite since 2009, JENNY’S CAFÉ and THE BLACK DIAMOND, which has amped up its gastropub menu with scratch-made soups and crafted burgers.

Spokane Valley continues westward until Havana, where the border makes an abrupt turn northward through Yardley, paralleling the BNSF railroad yard. Up Fancher near ANNIE FANNIE’S BAR & GRILL, turn towards Felts Field where the SKYWAY CAFÉ will fill you up and take you back through history at the same time. 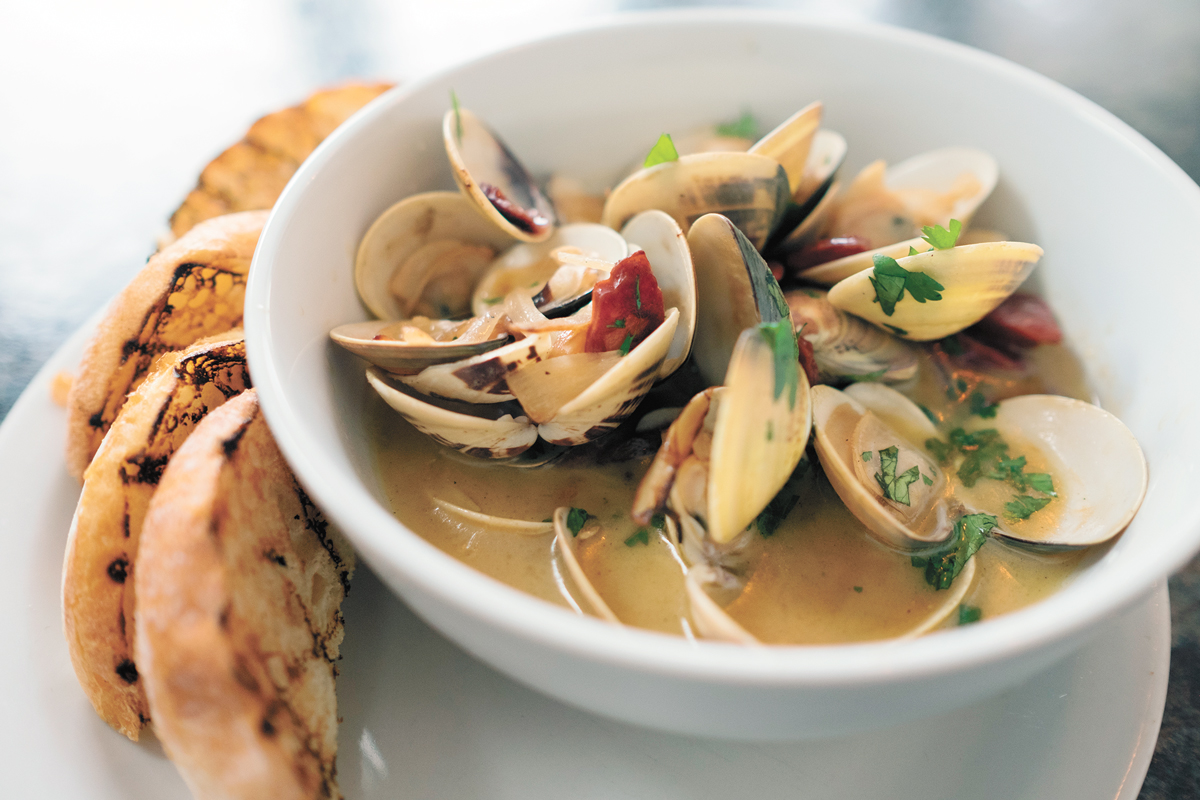 Travel east on Trent, through the community of Orchard Avenue, up to the Spokane River, wrapping around West Valley High School and a neighborhood area called Pasadena Park, just shy of ARBOR CREST WINE CELLARS. Your travels scoot around Millwood — the only incorporated town not in the city of Spokane Valley — and could extend south again along Argonne towards AMBROSIA BISTRO AND WINE BAR and LONGHORN BARBECUE.

Or continue on Trent towards the community of Irwin, drop down towards YaYa Brewing Company or continue east to DOS AMIGOS.

Up past Plante’s Ferry — named for an original settler, Antoine Plante — the city meanders along Forker, Wellesley and Trent, through Trentwood, Velox and Austin. Spokane Valley’s easternmost border drops south through Chnak’Wa’qn Breaks, which Michelle Clark of the Coeur d’Alene Tribe’s Language Department translates to “one on the head,” a reference to the original residents from the Coeur d’Alene and Upper Spokane tribes.

Keep going through Greenacres towards BOOMERS CLASSIC ROCK BAR AND GRILL for food inspired by pop culture, especially music, like the Sgt. Pepper Poppers and Santana burger. All that remains to circumnavigate the city is a cruise through Veradale where places like the STUPID COW CAFÉ will make you smile at how much fun it can be to eat your way through Spokane Valley.