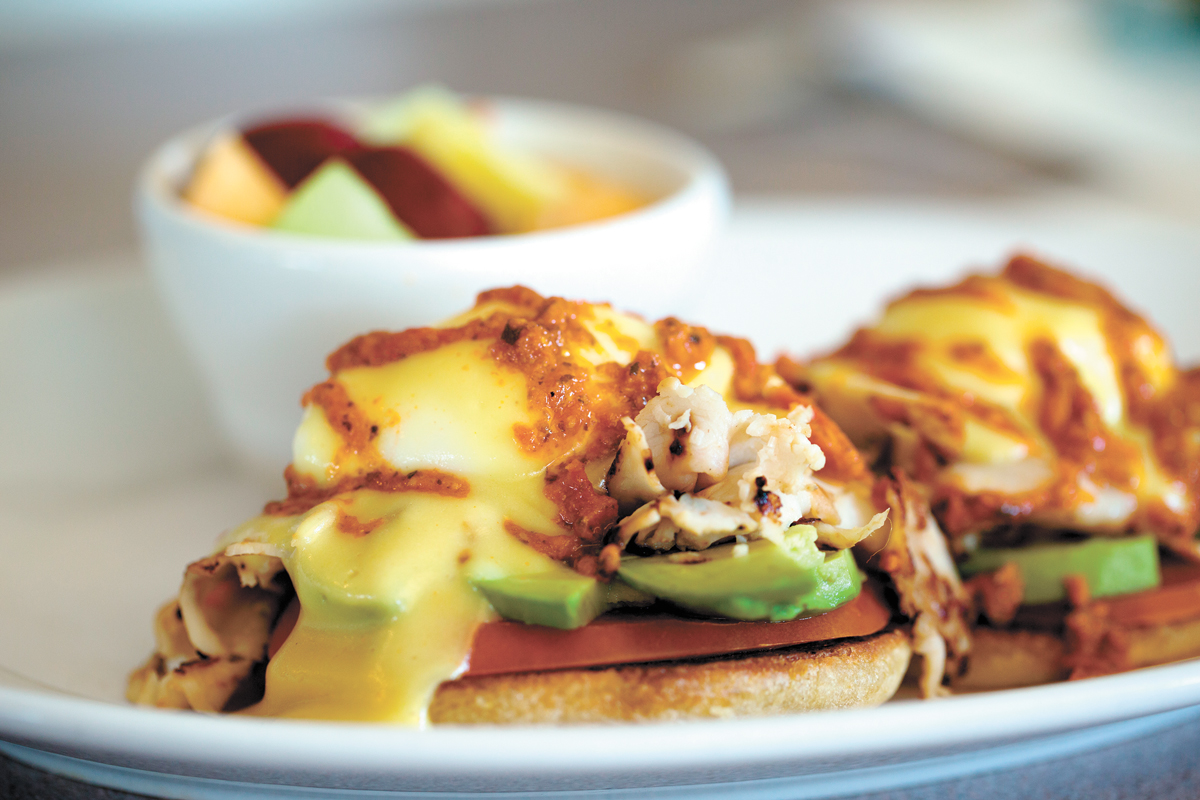 There may be fewer college students in town, but the strong Cheney dining scene remains

Usually, Cheney is bustling with students during Eastern Washington University’s move-in week. Dorms and apartments fill up, the bars get rowdier, and students begin to explore the local cuisine.

It’s not quite the same this year, says Douglas LaBar, owner of THE MASON JAR bakery in downtown Cheney. The university started the school year mostly online, meaning far fewer students have returned.

Still, LaBar says the Mason Jar, known for its coffee, fresh food and relaxing atmosphere, did get a bump in business in late September as some students arrived. While the influx in customers felt like a lot compared to the slow spring and summer, it was not nearly as much as a normal year. He adds that he’s a “little nervous” for the winter, when it’s too cold for outdoor seating.

But LaBar, who grew up in Cheney, isn’t panicking. The bakery attracts both students and locals, and is always worth a visit from anyone in the area.

“We’ll see how it pans out once students settle in and have some more free time,” he says.

The Mason Jar looks like a place where you can order some tasty avocado toast, and that’s because it is. You can also go for the Lox — smoked salmon, cream cheese, red onion and capers on a bagel. For something super fresh, try the Waldorf — feta, cream cheese, raspberry jam and sliced apples with mixed greens.

If you’re looking for a little different flavor for breakfast and lunch, make sure to try an eggs Benedict at BENE’S on the west end of Cheney. Owners Derek and Alexx Baziotis opened the restaurant in 2017 and decided to make eggs Benedict its signature item — not only because it’s a classic, but because it’s once again trendy.

Of course, there are other classic menu items as well: bacon and eggs, sausage, chicken fried steak, waffles and breakfast burritos. If you want lunch, you can choose from a selection of sandwiches and burgers.

Bene’s had to close its dine-in area for about a month in the spring, says manager Sabrina Anderson. But takeout orders started rolling in quickly, she says, and now they are back to their full menu. While the lack of as many EWU students isn’t ideal, they’re still doing OK.

“The local community is a lot more of our target market,” she says. “We have lots of regulars.”

If it’s a fast food fix you’re looking for, there are plenty of options in Cheney, but nothing as iconic as ZIP’S DRIVE-IN. Zip’s and Cheney, just like curly fries and fry sauce, just fit. For college students, it’s a perfect late night hang-out spot normally, and now it’s a great way to get a tasty burger and fries without dining in.

Another favorite of college students is ROSA’S PIZZA, with a great selection of pizza, cheese bread, salads and sandwiches that are ready for delivery. If you want some great pizza downtown with friends, there’s BARRELHOUSE PUB & PIZZA, located on College Avenue not far from the EWU campus. It opened in 2017, and has hand-made pizzas and calzones to go with sandwiches and salads — all using fresh ingredients. Then, hop over to NORTHSTAR TAPS for some quality local beer.

For a different feel, head over to WILD BILL’S LONGBAR. It has excellent pub food, and it’s now open for brunch on Sundays starting at 10 am. While you’re there, make sure to take in all of the various stuffed animal heads on the walls.

And finally, for some top-notch Mexican food, give EL RODEO a try. Order a beefy burrito, saucy enchilada or another favorite, and it’s sure to provide more than enough food for the price. The Tres Amigos is worth a look — chili verde, chili colorado and chile relleno. Also consider the Enchilada de Cangrejo, which has tortillas stuffed with crab, cilantro, tomato and onions, topped with Monterey jack cheese, sour cream and avocado.