Back to Business Story, Vol 3: Restaurants 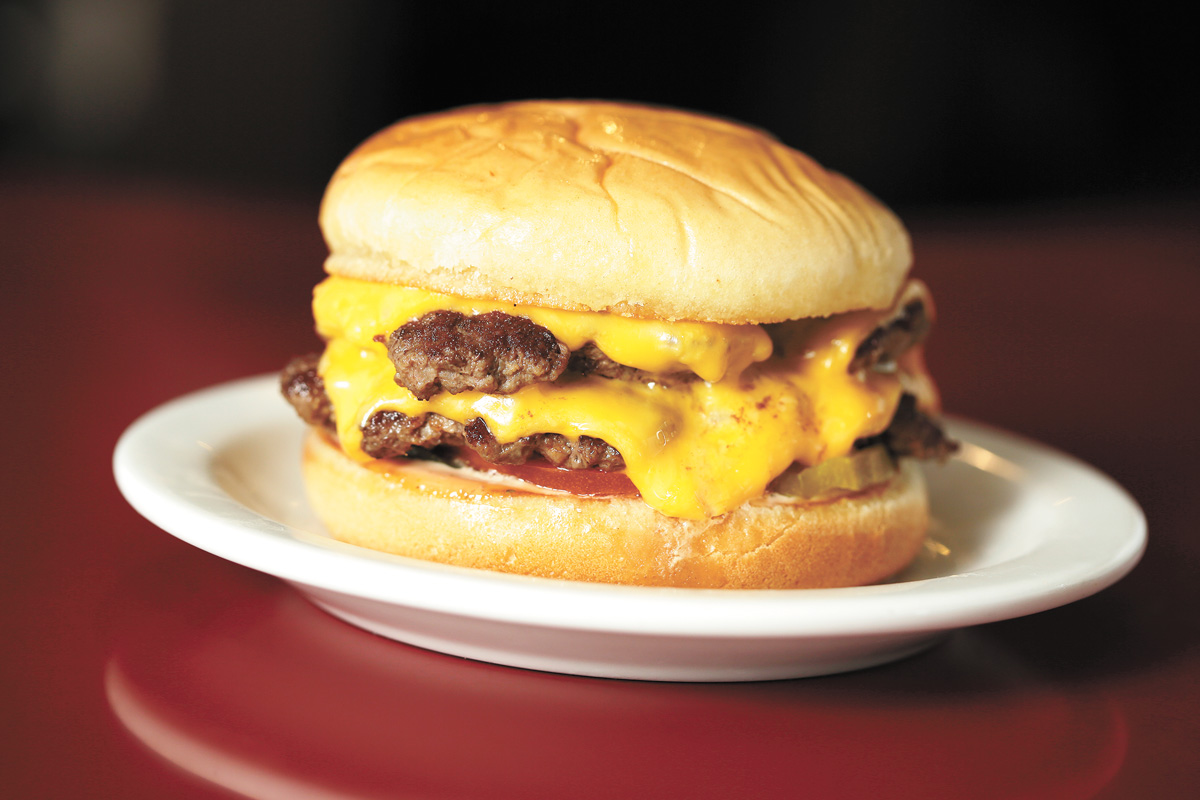 A rundown of local burger joints serving up goodness between buns

There’s nothing like a good burger. It’s arguably the quintessential American food, and though every burger more or less consists of the same basic parts, no two taste alike. Here’s a handful of Spokane staples serving up indisputably great burgers, from cheap, to-go eats to bigger bites you’ll need two hands to eat.

Dick’s is a Spokane institution, a local landmark as recognizable as the Pavillion or the Riverfront Park clock tower. It’s a fast-food spot that’s been around for decades and whose menu remains refreshingly uncomplicated all these years later. The prices have barely been affected by 21st-century inflation, too. One could argue you’re not a true local until you’ve walked up to the Dick’s window and ordered a bag full of Whammys to go. 10 E. Third Ave., 747-2481

One of the many local establishments spearheaded by chef Adam Hegsted, this downtown spot delivers decadent flavors without breaking the bank. From its Pure Gold burger, which boasts foie gras mayo and chianti jam, to the PB&J (which is exactly like it sounds), you really can’t go wrong. Pair a burger with a rich, creamy milkshake, and make it boozy if you’re so inclined. 909 W. First Ave., incrediburgerandeggs.com, 443-4215

This wonderfully retro Spokane Valley spot has sat on East Sprague Avenue since the late 1950s, and its distinctive red-and-yellow interior is bound to give you flashbacks to a simpler time. Opt for their signature half-pound Big R, complete with special “R” sauce, or the quarter-pound cheeseburger with all the fixings, which pair perfectly with the appropriately named pail of golden brown french fries. 12502 E. Sprague Ave., 924-6853

Just down the street from Ron’s is another Valley mainstay, open since 1980 and locally famous for its wood-paneled interior and steady stream of customers. The Scotsman is also known for its visually distinct burgers, which are served on rectangular poor boy buns. And the name turns out to be right on the money: It’s a cheap but satisfying meal, whether you choose the Big Papa or the Super Bacon burger. 12024 E. Sprague Ave., thethriftyscotsman.com, 928-2214

This neighborhood gastropub offers all the traditional barroom grub you’d expect, but their burgers are worth the trip. There’s something there for everyone, from Hawaiian-inspired flavors to double burgers dripping with melted Cougar Gold cheese. But if you’re feeling particularly gluttonous, check out the Defibrillator Burger: It’s bursting with ham, bacon, jalapenos, mozzarella sticks and marinara sauce. That’s a full meal right there. 4318 S. Regal St., waddellspubandgrill.com

For a slice of Midwestern cuisine in the Inland Northwest, look no further than this burger oasis, which offers up fresh toppings and rich cheeses on its freshly ground patties. Just one visit is never enough — you’ll want to go back to try every burger at least once. Don’t sleep on the velvety frozen custards and all the delicious deep-fried sides, from cheese curds to beer-battered brats, and go wild at the expansive condiment bar. 916 S. Hatch Ave., wisconsinburger.com, 241-3083

An old-school diner with ’50s flair, Wolffy’s has been a staple of the Gonzaga neighborhood for years and — with its chrome-rimmed lunch counter — is the next best thing to a time machine. The menu is delicious and no-frills, and the food is made right in front of you on the griddle. There’s also a bigger location in Airway Heights (12807 W. 14th Ave.), but it’s the original spot that’s so distinctively Spokane. 1229 N. Hamilton St., wolffyshamburgers.com, 487-1587